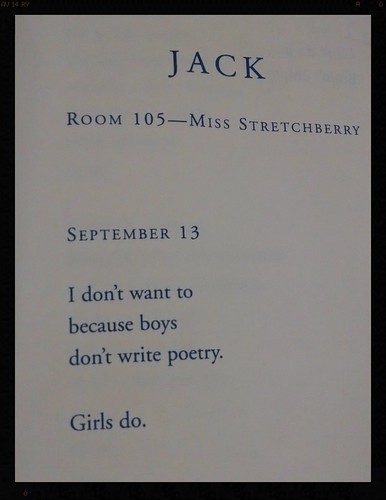 The first page of Sharon Creech’s Love that Dog cuts to the heart of this post in many ways. Jack, a young student, is doing a poetry assignment in class, and he writes: ... boys don’t write poetry. Girls Do.

As Jack learns over the course of exploring something traumatic, writing can become the key to unlock his understanding and writing can help him come to grips with the world, at large, in all of its unfairness and potential. Creech’s free verse novel is an important read on so many levels, including puncturing the perceptions that boys don’t write poetry, or about feelings.

Greg A. —  over at his blog, Dash: Life Between the Numbers — wrote a very powerful post for Slice of Life the other day that has stuck with me for days and had me writing this post as a sort of response.

In a very eloquent way, Greg circled around the idea of what a “real man” is in this world of gender expectations. It was the reading of a short story with his students that got Greg moving in this direction, wondering how it is that we put ourselves in such confined gender boxes, and then he ended his post with these lines: 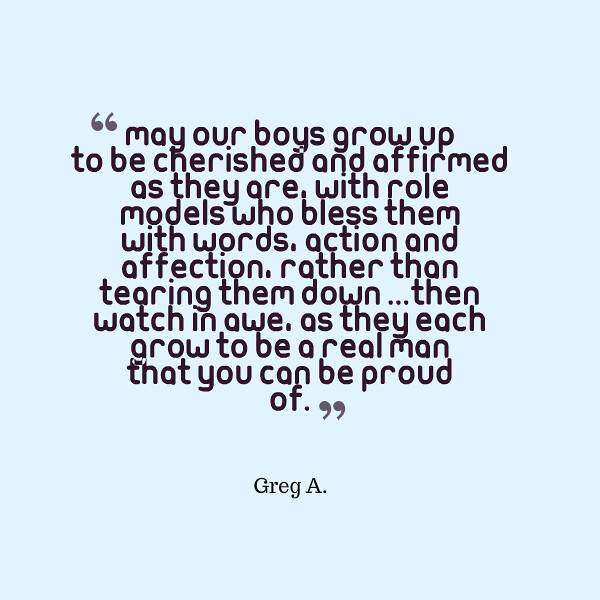 I wrote a comment for him, suggesting in a half-joking way that a social media campaign about what “real men” were in the world of writing and sharing might be appropriate. That’s the image below here — my meme attempt to celebrate men as writers. Of course, there are plenty of male writers in the world, but there are still many boys in my classroom who fall into the gender trap of males as athletes, not as poets; of men as leaders, not as collaborators; and on and on. 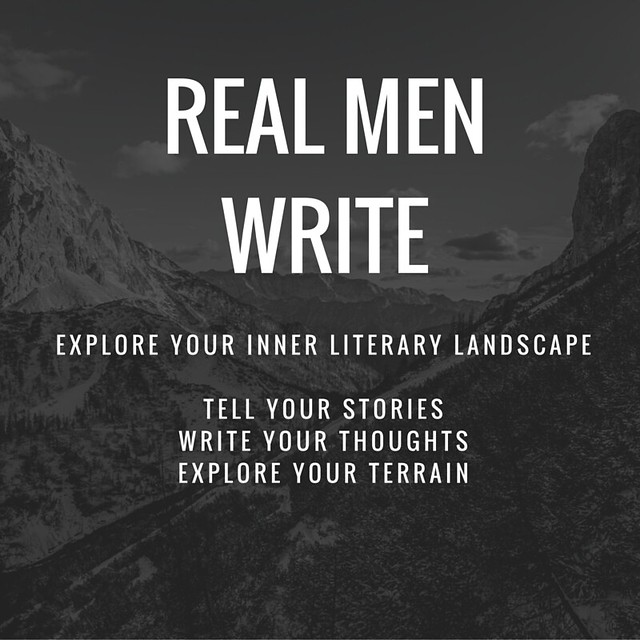 We teachers often dispel those myths as soon as they pop up (I hope), as learning moments, although sometimes (too often?), you can feel the invisible pull of the views from home informing and constructing our young people’s views of the world.

I am very sensitive to this situation, and never openly disparage conflicting points of view, particularly if influenced by parents. Instead, I seek to provide alternative views of the world, where balance and equity prevail. We talk. We write. We try to understand.

And, as Greg suggests, I try to show what I believe a man can be in this world by my own example. This idea that writing, particularly emotional writing, is just for the girls and not for the boys, does an injustice to the power of the writing to dig deep, to gather ourselves into reflection, and to write about the world so that we can better understand the inner landscapes of who we are when no one else is looking. I wonder if this perception originates in the elementary years, when so many of our teaching colleagues are women, and not men. (In our sixth grade, three of the four of us are men, but I know that is a rare occurrence, indeed)

So, I write with them. I share with them. I am careful not to share too much, of course, but I am deliberate in showing how my writing expresses myself, and how young writers of any gender can accomplish great things. I show I care.

Yet, even in my own writing life, I see this gender split. I can’t help but notice that our Slice of Life community, which Greg and I are part of, is mostly composed of women. I am being careful here, because I am not putting blame on anyone for this disparity. They are wonderful women in the Slice of Life world. I am just noticing, as I have in other years, that the disparity is there. The gender balance in Slice of Life is out of balance, although that has always been very anecdotal.

This year, however, we were given access to a database of Slicers, as a way to create “writing pods” (great idea, although I am wary of making “male writer” pods as a solution to this post for fear of further isolation, right? And Two Writing Teacher folks are not suggesting we gather by gender, anyway). I wondered if I could discern gender by looking at the more than 300 people in the database who signed up as Slicers looking for Writing Pods.

Mostly, I could indeed get a sense after some analysis, although my data chart should not be considered scientifically accurate (some usernames and blogs had no discernible gender, and others are blogging without filling out the form, and so on). 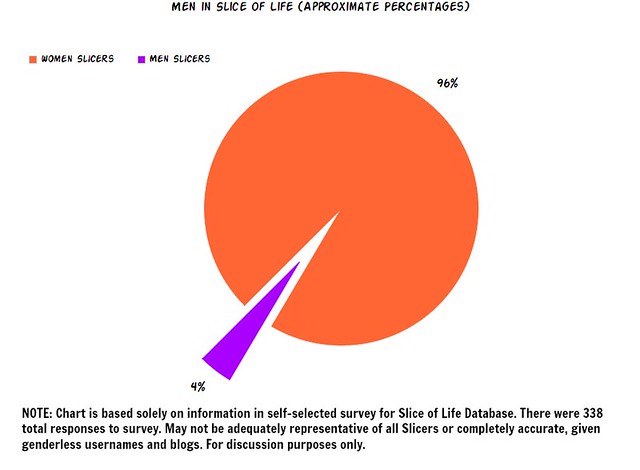 But, I think this chart, and its wide gender disparity, does capture my sense of the Slice of Life community. Maybe it captures the teaching profession itself. (And a whole other range of questions around race would no doubt fill many more blog posts).

The numbers generate a few ideas I have that you are invited to dispute, as they are my own general observations only:

And now I have to say this again and be clear: I have only ever felt nothing but supported and invited in the Slice of Life and Two Writing Teachers‘ communities, and there has never been a single practice of exclusionary invitation to anything I have seen. Ever. Not once.

So why aren’t more men writing in the Slice of Life? Why aren’t they taking part in rich discussions about writing and teaching and connections? I don’t know. They should. You should.

Consider yourself invited to the Slice of Life, a daily writing activity through March and then every Tuesday throughout the year. Find your small moments. Write your experiences.

Real men write. They really do.

Peace (in equity and understanding),
Kevin