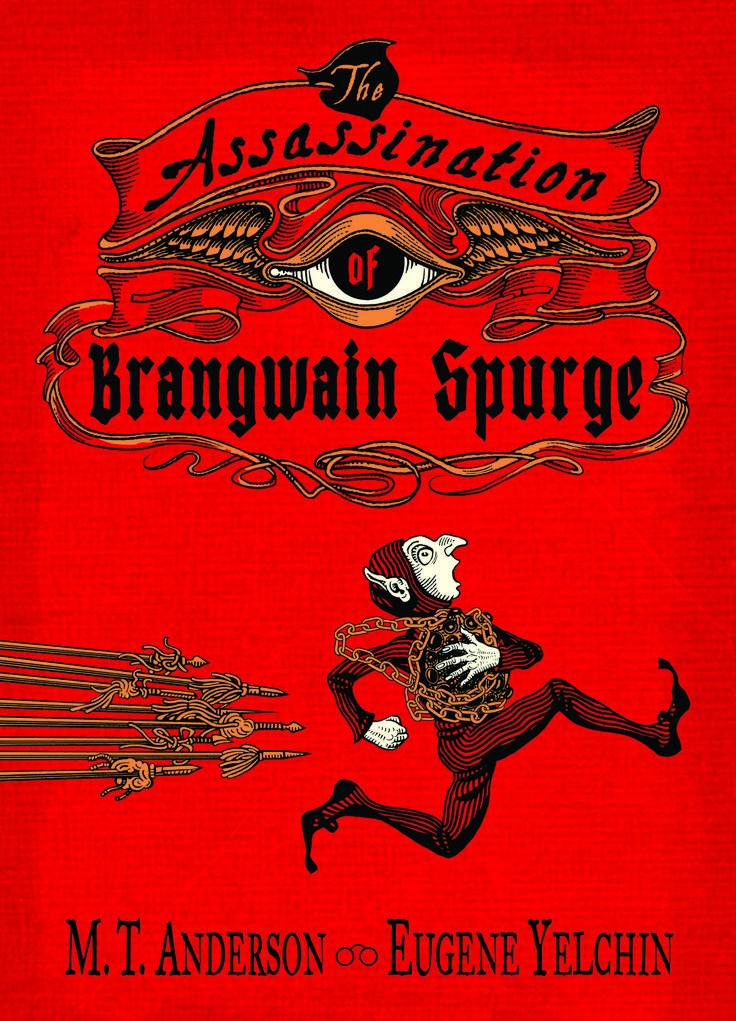 It’s possible you won’t read a weirder, stranger or more entertaining book anytime soon as The Assassination of Brangwain Spurge by M.T. Anderson and Eugene Yelchin.

It’s a hoot, with elves off to parlay with Goblins in a world nothing like Tolkien imagined it, and both societies of creatures misunderstanding each other. And then there is the use of hilarious illustrations that are designed to be in conflict with the story itself … these two storytellers know how to push the boundaries of a tale.

The plot revolves around one Brangwain Spurge, an elf emissary who is a historian — and secret spy, on a mission he doesn’t himself quite understand — sent to the land of Goblins, with a gift of an ancient jewel for the alien leader of the Goblins. There, Spurge meets his Goblin host, Werfel, another historian, and the two get into all sorts of trouble that lead to an epic escape. Arguments lead to friendship, which are built on arguments and insults, and eventually the two work together to save the world, but not without a whole lot of mayhem coming their way.

I found the authors’ notes at the end interesting, as Anderson and Yelchin humorously dissect the making of the book, and how Yelchin’s illustrations were built to be in conflict with the story Anderson wrote. Or is the other way around? You’ll have to read their chat to find out. But the whole idea of using images to play at our expectations, and to use the text as the basis for disbelief, is an interesting perspective.

Plus, every page brims with pure zaniness.

This book’s complexity makes it more viable for high school readers, but I suspect middle school readers of a certain ilk might enjoy it to, if they invest in the formatting and the flow of the story.

Peace (in truth and some lies),
Kevin