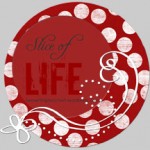 (This is part of the Slice of Life project)

A few weeks ago, we finally got a game system for our house. A Wii. This came after years of asking (by the kids, I swear) and after plenty of negotiations (they chose the Wii over cable television, which we don’t have) and then with parameters (they earn time with chores). This weekend, we got the Wii version of Mario Kart, which is a hopped up load of software fun.

Yesterday, I played it with my kids and the experience brought me back to my early days of Atari. It helped that I read an interesting article in the Boston Globe about a professor who studies the Atari phenomenon from the 1970s and how that little game changed our view of computers, technology and gaming. As I zoomed around the virtual Mario race track, avoiding all sorts of mushrooms and monkeys and things I don’t even know what they were, I realized that the Wii and the old Atari share a common trait: they are social games. There was a whole world of gaming systems that were designed for solitary play. Oh, you could get a friend to come along, but the design itself was clearly for single players. Not the Wii. It wants you to play with others (after you dole out cash for another Wii control, of course).And the old Atari, too. Pong and others were made for two people. You had to find a friend.

As we rode our virtual carts, I liked that we were all together, laughing and shouting encouragement with each other, in the same room. We were not inside our brains, but outside in our lives. It has been some time since I played a video game console and the Wii, with its odd controller system, seemed strange, yet it isn’t. The developers were smart — they made a game that is an extension of your physical self. We played Mario Kart with little steering wheels. We bowl with real bowling movements, etc.

On the flip side, I have too many students who come in the morning, eyes red and tired, who admit to being up into all hours of the night (and sometimes, mornings) on their Xbox, or Wii, or whatever, and I know (from my childhood) all too well the lure of the screen. We have a system in place here that we hope avoids those problems. Meanwhile, we are having some family fun.