Like most Christmas seasons, I found a bunch of books under the tree with my name on it. I love that. This year, there were two musical related books that seem at first to have very little in common: Jay Z’s Decoded and Keith Richard’s Life, and yet, I have some sneaking suspicion that there may be some common themes to emerge as I read them.

I have started with Jay Z, whom I sort of know musically but not so much. I’ve glimmered pieces of his life and musical vision from Rolling Stone Magazine, and heard some of his music over the years. My sons were quite surprised I got a Jay Z book (from my own father, that hip dude), but I am finding Decoded to be quite interesting. I’ve read a lot about the history of Hip Hip Culture before, and Jay Z’s tales of the streets and the importance of music on his life — music to tell his story — is a pretty detailed look at how the surroundings influence the music. The book is called Decoded because he literally decodes phrases, references and words inside his lyric charts, bringing us into the mind of the songwriter. As someone who is interested in the construction of songs, that pinpointing of influences in lyrics is an incredible view of the songwriter deconstructing their work.

Actually, one of the books I want to get is Just Kids, by Patti Smith (it won the National Book Award, I believe), which chronicles her time in New York City as an emerging punk rocker in the art scene. It has gotten rave reviews.

But I still need to finish an interesting history of the saxophone that I am reading, entitled The Devil’s Horn, which tracks the invention of the saxophone right back to Adolphe Sax (crazy, crazy visionary man) through the modern times of my favorite instrument (sorry, guitar, you don’t come close). 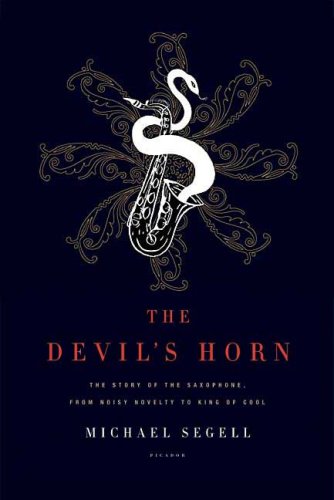 Peace (in the reads),
Kevin