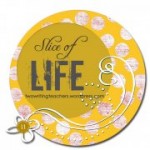 This is the number that reflects the grading I have been doing for the past five days in between sports events with my sons, lesson plans for school, teaching, eating, sleeping, talking to my wife, petting the dog and doing all of the things that people do when not working.

2,964 is the number of Parts of Speech words I have been looking at through my teaching lens, examining and, in some cases, explaining in writing why “to” is a verb in that case and not a preposition. I have 78 students, who each had to color code Parts of Speech words in a project (identifying words in their own writing). There were 38 Parts of Speech that had to be identified for each student. Here’s the break down of the words I read:

And overall? They did great. I am very impressed by the effort and hard work that went into this project. I’ve written before about how odd it is to have kids pick apart writing to get to the word level, but I was most impressed by the writing itself. They had to write a narrative about themselves to use as text for color coding. It’s nice to see how far so many have come from where they were as writers at the start of the year.

But I’d be lying if I didn’t say I was sick of Parts of Speech right now. (so are my students).