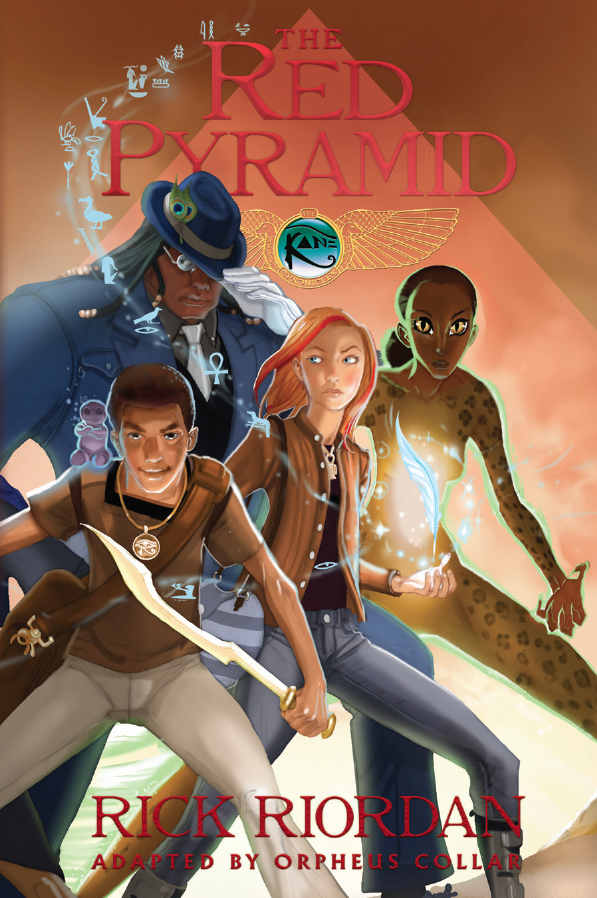 It’s been some time since my youngest son and I read The Red Pyramid by the ever-prolific Rick Riordan, but the latest graphic novelization of the first book in the Kane Chronicles stories brought it all back to both of us. “This is a pretty good,” my son said, after spending about an hour reading through it.

The Red Pyramid graphic novel does some wonderful things with imagery as the two Kane children (Carter and Sadie) discover their history and their magical potential within the Egyptian culture (Riordan seems determined to use all the main ancient religions as backdrops for adventure stories). The pictures are colorful and vibrant and full of action (I suspect this is what elicited the comment from my 8 year old son). The use of dark and light canvasses are pretty interesting to view. 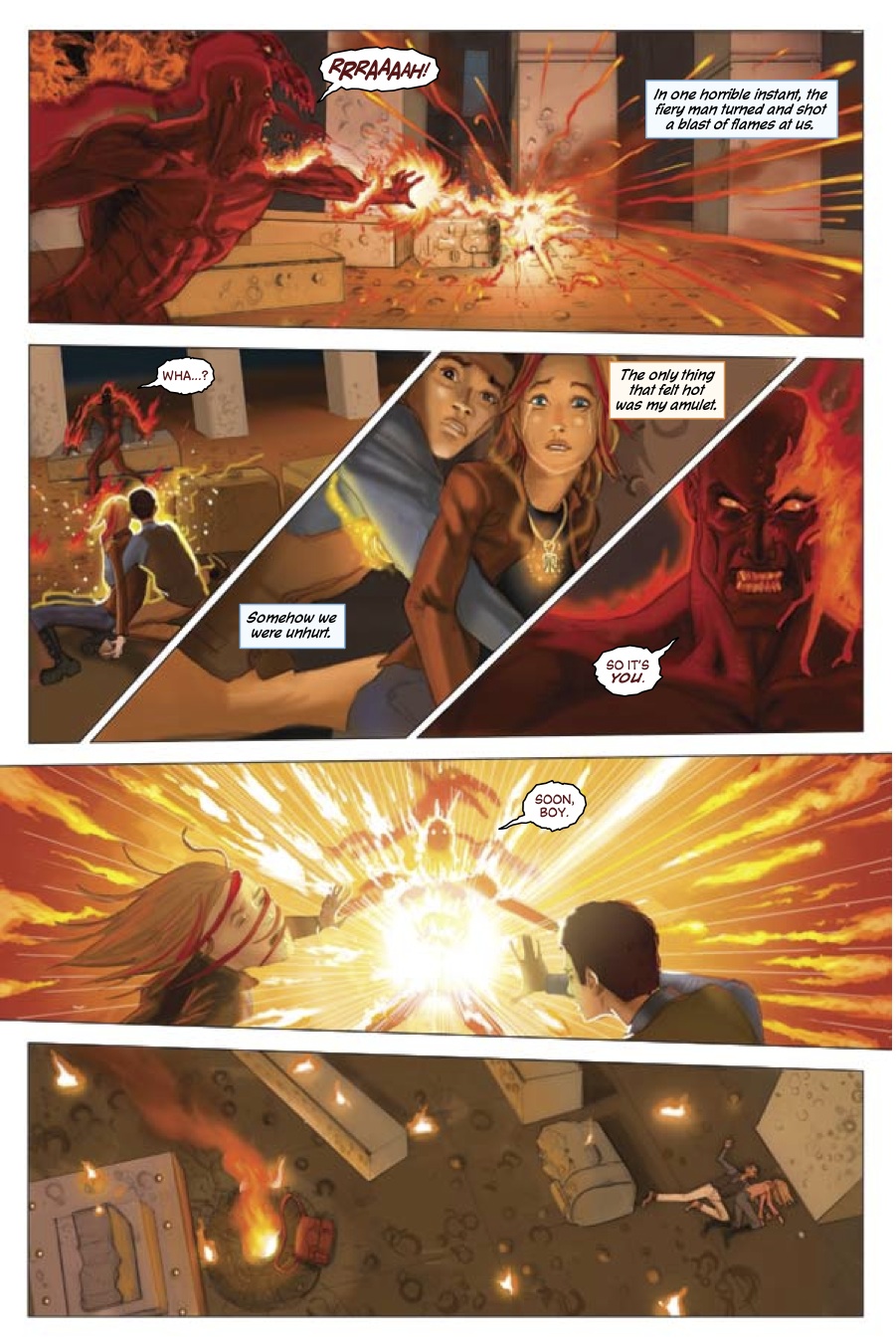 The problem is that the novel part of the graphic novel moniker is overplayed. There’s too much text. Or so it seems to me. It feels like they were determined to jam as much of the novel into the graphic version (and I realize if they had done the reverse, I would have been complaining that they ruined the story that way. Such is the role of a critic). The text is so dense that I wonder if any kids will actually read the book, or if they will just look at the pictures. My older sons did just that — glanced through the book and then put it down. They had no interest in the story. What makes this story particularly difficult, I think, is that the novel is narrated alternatively by Carter and then by Sadie, and then back and forth. Here, although they tried to use color in text boxes to signify the narrator, it is very confusing to follow.

I do like the idea of the graphic novel complemented the novel, though, and I think this graphic novelization is done better than the one of The Lightning Thief. I’ll be adding it to my classroom collection, and keep an eye on who takes it out, and whether they read it or just skim through the pages. And maybe it doesn’t matter. Maybe this version of the story gets kids interested in the Kane Chronicles series, and that keeps them reading. Which is what I want.

Peace (in the duat),
Kevin