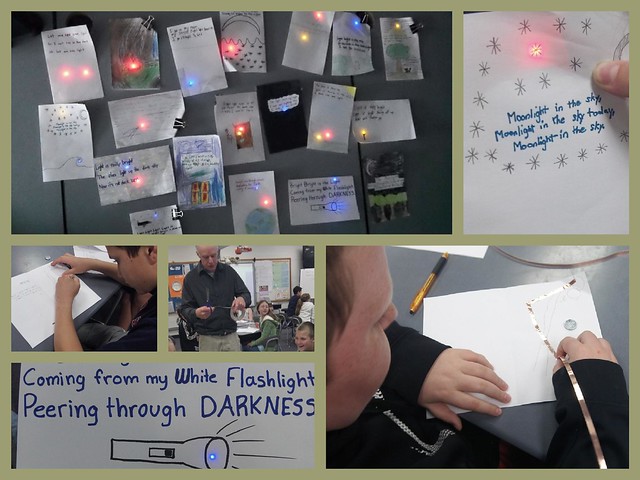 I am going to write more about this later, but here is a collage of our pilot paper circuitry project from yesterday, in which we “illuminated” light-themed haiku poems. The lesson revolved around using copper tape as the circuit wires, with LED stickers situated beneath the poem and pictures to create a lit-up scene to go with the poems.

It was great, and engaging (more later)

Peace (in the light),
Kevin