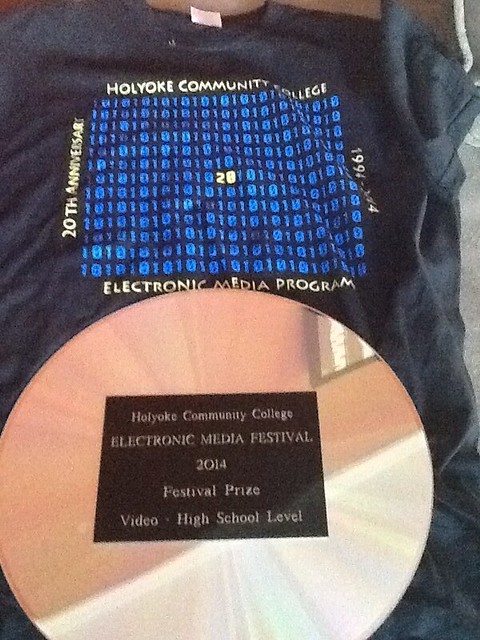 My eldest son and high school friends recently won an award from an Electronic Media Festival that took place at a local community college. He submitted a short film that he and his friends shot in the high school category, and their movie came in second place. We had a scheduling conflict, so we could not go the event itself, but apparently, they showed the winning movies on a massive screen, which is pretty neat.

And he got a neat engraved Laser Disc as an award.

Here is their movie short (the ending is a bit too violent for my tastes and the whole thing has an purposefully creepy feel to it — right down to the soundtrack). You’ll notice at the very end a reference to a larger movie project that has been in the works (and might be on hold right now for all I know) for a full-scale zombie movie that they have written together collaboratively.
Chase Your Dreams.