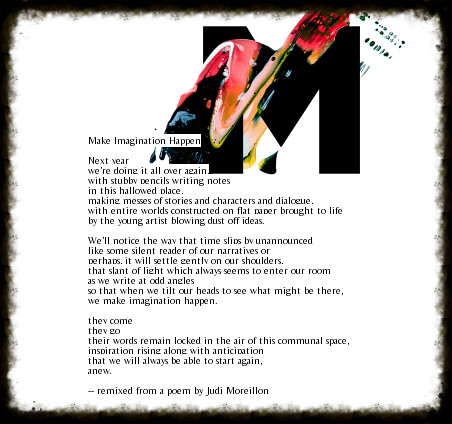 The theme this week with a MOOC (sort of) around the five elements of creativity is “the remix” and as I thought about it, I kept coming back to a poem that Judi Moreillon left a comment at my blog post over at MiddleWeb the other day. Judy’s poem captured the end of the year, which was the theme of my post, and so, I decided to try to honor Judy by remixing her poem a bit, adding some ideas not just of the end of the year but the inevitable look (already) at the start of the new school year in September.

The image is my remixed poem, but you can also read it at Notegraphy. It’s possible my remixing is not yet done, as I am thinking of ways to push the poem into other media. (no promises on that one).