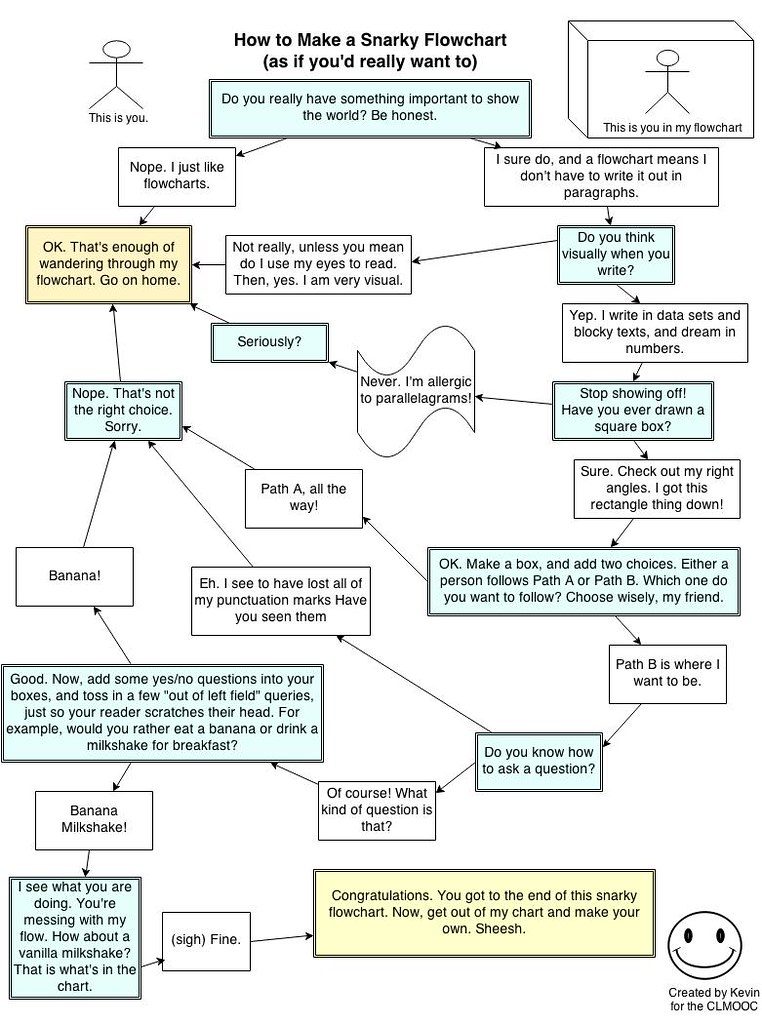 I admit. I’m partial to flowcharts that explore odd ideas, and inflect humor into the choices. Some of the best ones that I come across these days are on the back page of Wired Magazine, and if appropriate (which is not always), I put those flowcharts up on a closet door in my classroom so that my students can read them. You should see them gather around, following the paths of decision-making.

There are all sorts of things going on when you compose/write a flowchart. You have to imagine a “conversation” with the “reader” who needs to make choices about which way to go. But you also realize that every reader will ultimately follow all of the paths, too, if only to figure out where things might have gone. The questions have to be written in an engaging way. You want to draw the reader in.

So, I decided that for the first Make Cycle of the Making Learning Connected MOOC, in which the them of the cycle is to create a “how to do something” project, I would create a flowchart that would explain how to create a snarky flowchart. Snark is hip on the Interwebz, and another difficult writing activity. If you go to far with snark, you lose the reader (no one wants to be made fun of) because you insult their intelligence. If you don’t go far enough, the snark loses its … snarkiness, and thus, the appeal. I’m not sure I found the middle here, but I tried.

This is how I went about making this flowchart (in the CLMOOC, we try to lay bare the process of making as part of our reflection):

What would you explain how to do? Come join the CLMOOC. It’s never ever too late to jump on in.