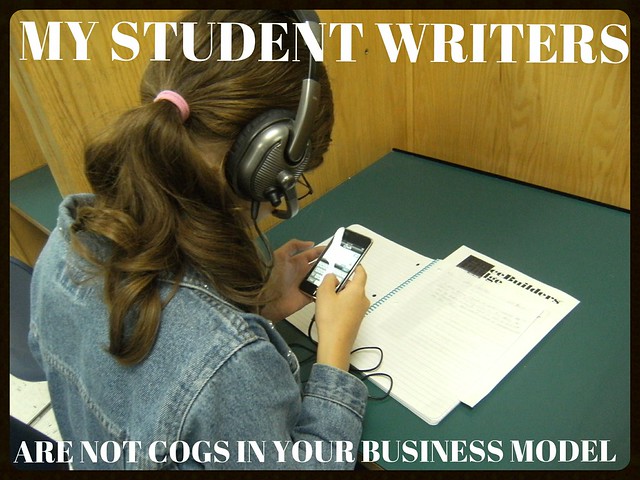 Someone in the Making Learning Connected MOOC community posted a pretty serious-themed meme yesterday, as part of our work around understanding memes as cultural currency. I was struck by the realization that I seem to always go for the funny bone when I make and read memes, and yet, there is something about a meme that can be strikingly serious, too, if done right.

I decided to put aside the humor for a bit and try my hand at a serious meme, which is more difficult for me than I would have thought. Serious means that I had to resist the urge to be flip and/or sarcastic, which is the heart of how I view memes. I had a small amount of writing space and the image had to tell much of the story, if the meme were to be effective.

In addition, I wanted to move away from using the meme generator sites, which offer limited choices and pull you into their system, leaving very little agency. Instead, I wanted to create the meme, all on my own, with my own image and my own text, and my own choices, with no branding on the final meme.

I don’t know if I succeeded or not in my serious meme angle, but I can’t shake the feeling of how big business is really impacting our educational system, and the sense that it is more the bottom-line of those companies than the needs of our students that is driving much of the educational reform movement. I know I am probably preaching to the choir, if you read this blog, but it still is something that sits in the back of my mind (particularly as our district is spending gobs of money on a new math curriculum by a company whose name and presence is all over the testing industry these days. It begins with a “P.” You know what I am talking about, I am sure).

So, this meme (shared above) seeks to stake out some protective ground, establishing as best as I can a philosophical wall between the business interests outside my classroom door and the students who are inside my space each and every day of the school year.

This is how I made this meme:

Peace (in the message),
Kevin

PS — if you want to use my image to create your own meme, feel free to do so. The image is linked here on Flickr or you can grab it from this post. 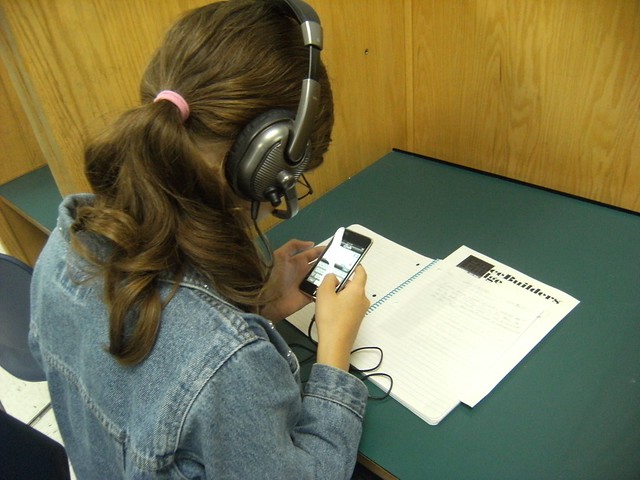