I’ve been in and out of the Making Learning Connected MOOC in the past few days because I was up in New Hampshire with old friends. We gather every year (for at least the past 20 years) to catch on our lives and play what we call our own Pool Championship of the World. We have a whole round robin system of playing and we gather from quite a long distance to come together,

I was thinking about my long weekend with my friends because the CLMOOC Make Cycle of gaming is sort of winding down (although the cycles are always open for anyone to jump in when they want) with a call for some reflection by facilitators Joe and Terry about what has been going on with games this past week or so.

In New Hampshire, we played billiards. But what we really did was tell stories, and we used the game itself as an anchor to stay connected with each other. Our tournament is a means to bring us together, and yes, we play both seriously and for fun, and yet, the game itself is little more than a connective anchor that we share together.

The game is part of the story of us.

And I think that is true of what happened this week in the CLMOOC, as hashtag play became game pieces on Twitter, poetry was passed around and tinkered with, photos became a means for rule creation for very short narratives, current events led participants to create games to make commentary, video games were played and created, and I even led a Folded Story game in which many people added lines to an unfolding story that none of us knew how it would end.

I ended up doing a podcast of the entire story, using Vocaroo. (It’s 9 minutes long, so grab a drink and snack before you listen)

Games are getting a lot of attention these days in education circle, and Joe and Terry kicked off this Make Cycle by reminding us of the stories that lay behind the games we play and the games we create. This can be a point of contention in the gaming world — whether a game needs a narrative arc or not. For us, in the CLMOOC, the answer is a resounding “yes” because, just like with my friends and our pool championship, the games are now part the story of us. 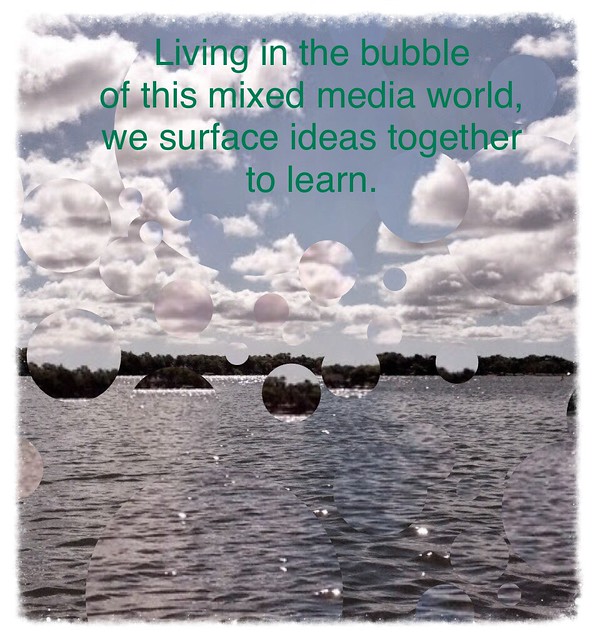 Peace (beyond the game),
Kevin