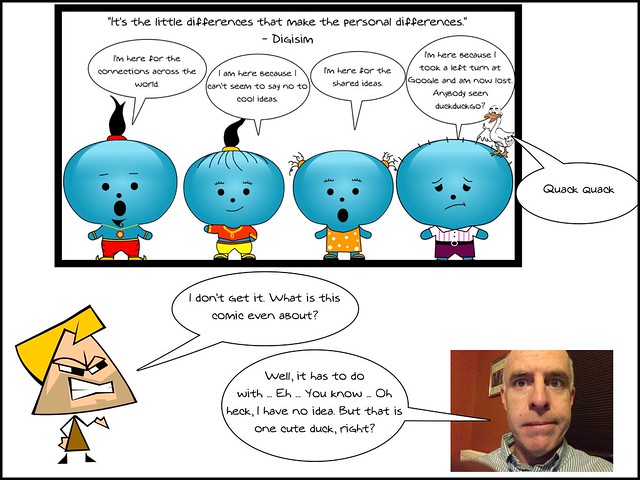 I’m not beating myself up on this, but an attempt at a comic inspired by a tweet the other day by one of my Simon friends had even me scratching my head when I was done. It was one of those times when I went into a comic with an idea and completely lost the thread by the end, and even now, I am not sure what I was thinking.

That said, the comic still works on one level — of what different people bring to the table. But I was aiming for something different, and I am not sure now that the comic meshes with the quote’s original meaning. Perhaps it doesn’t matter all that much.

And the Google/Duck Duck Go gag sort of fell apart on me. I was thinking of the accidental visitor, and had privacy on my mind. Maha wondered if I were referencing the duck mascot from the upcoming Digital Writing Month, but no … unless I was doing it without thinking about it (which is possible).

In the end, I like the Meta-Comic better than the original comic.