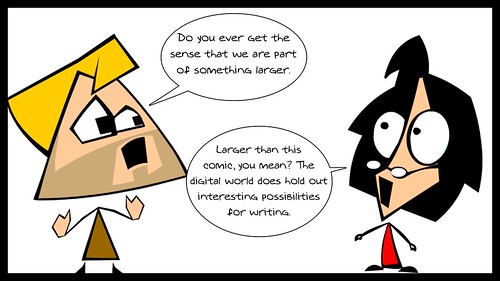 Maybe I’ve been watching too many Christopher Nolan movies but I had this idea for a comic in which the lens pulls back further each time, where each character thinks they are looking at other characters. Sort of like those mirrors facing mirrors in which your reflection forever. 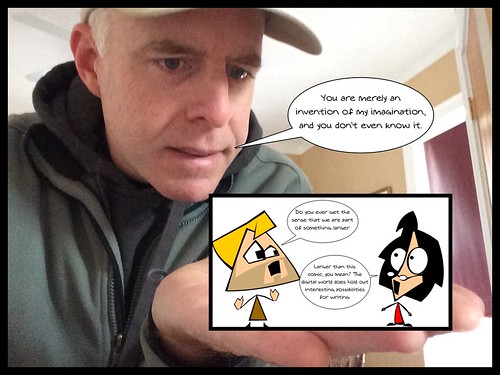 So I played around with perspective a bit, adding myself into the middle comic and then pulling back again in the end. I don’t know if it worked exactly how I wanted it to work but it was neat to try to make it work. 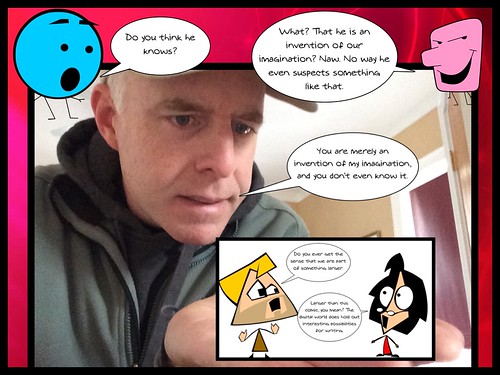 Peace (in the metaworld),
Kevin