As part of a presentation on open learning at the National Writing Project annual meeting, a few us from the Making Learning Connected MOOC have been gathering up what we learned from the CLMOOC and sharing it with others. My role is to think about emergent learning from the CLMOOC, or “the things that happened that we did not expect to happen and cherished for that very reason.”

First, this is an image that we created last year for the DML Conference, from the first summer of CLMOOC: 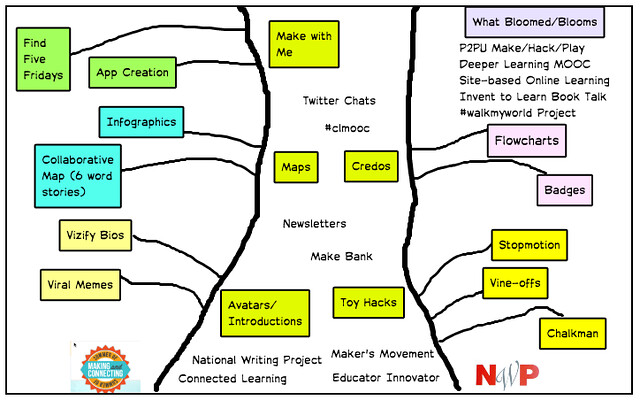 I then spent a lot of time, going through the CLMOOC archives for the second summer (last summer) to see what emergent ideas surfaced. I created this diagram/web to show what I noticed. It should be stated that there is probably a whole lot more that I either have forgotten or never noticed … 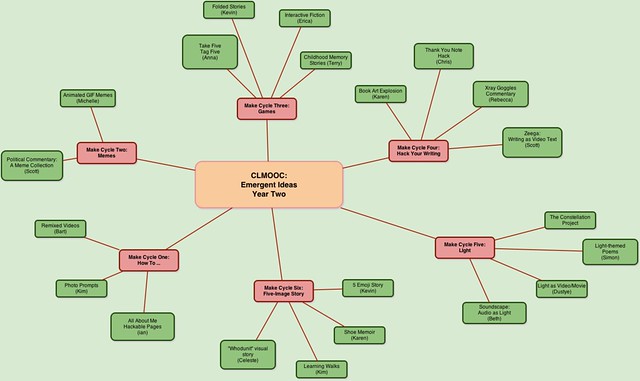 Finally, we wanted to think about CLMOOC as a connector point, and where other programs/collaborations feed into CLMOOC and how CLMOOC seeds some ideas into other collaborations. I used the Subway Map metaphor, and again, I have probably left out more than a few other nodes that could have been on the map.