We had an ice/snow day yesterday. Or, rather, I did but my kids did not, so I had some time at home to catch up on work and play. During the day, I noticed a tweet about Questlove calling for artists of all stripes to be the “voice of the times” when it comes to Ferguson and Staten Island, and race. I’d be dishonest if I say I wasn’t living the privileged life, as a white male in suburbia in a tolerant part of the United States.

But there was a time when I wrote only protest songs for my first bands, so I grabbed my guitar yesterday and worked for a short stretch on a song that might reflect some of my thinking, as I read the news and wonder where our country is heading. We’ve had large protests here where I live — we are in an area with five colleges, including UMass and Smith College — so I began with that scene, and moved forward from there. I wanted to end on a hopeful note. I think I did.

Here, then, is my rough song: Cities Rise Up 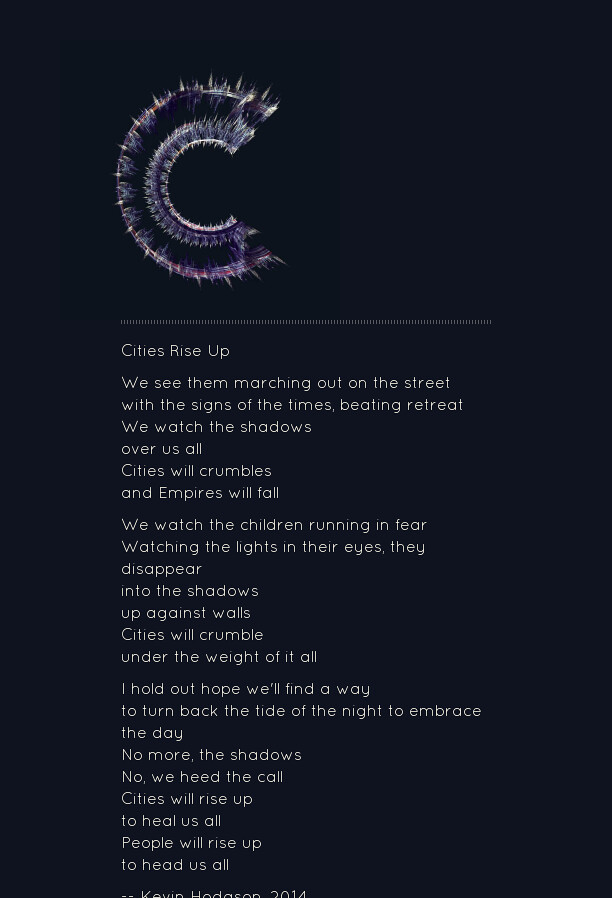 I am not naive to think I am in Questlove’s sphere or talent. But every artist has a chance to call for change, right?