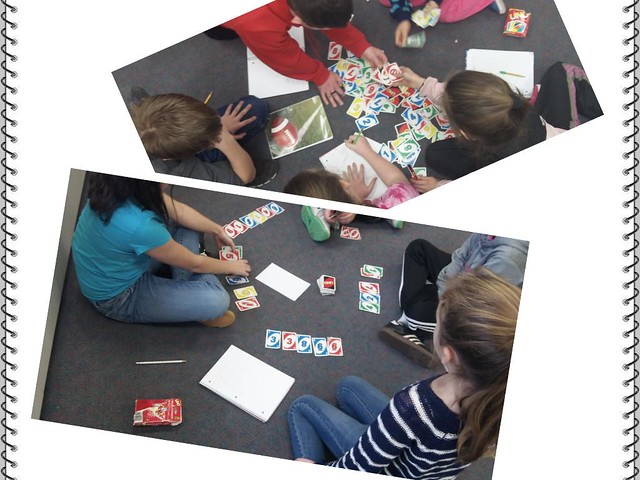 We don’t spend every teaching/learning moment doing game design, but I suspect that might be the impression some folks get if they read my blog. We do a lot of other kinds of writing and reading activities. And we are not always on the computer either.

One of the ways I introduce and reinforce game design elements is through hacking of other games. Some years, we hack chess. This year, I pulled out my decks of UNO cards, and over a series of days (which sometimes are far and few between as we do other things), my students have been redesigning the game of UNO.

The supplies are simple: a deck of UNO cards. But I did introduce the game variable of dice one day, which led to interesting discussions in the groups about whether dice would improve their concept or not. Most have not used the dice, even though they were all excited about it.

They have been working on finalizing the Rules of Play for their hacked card games, and one of these days, I will separate each group and reform them in a Jigsaw Activity, so that every new group has three to four new games to play, with an “expert” from the original groups to teach their classmates. 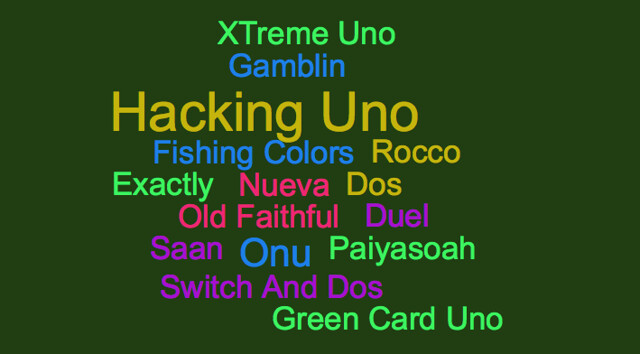 We then use the UNO game development as points of discussion when we shift into our Science-based Video Game Project, now underway. Hacking UNO provides for collaborative discussions on game design, and creativity, and collaborative writing, while also connecting nicely to the larger project now underway.