I love this line right near the end of The Moor’s Account by Laila Lalami, in which our protagonist — Estebanico — remarks about how those who tell the stories of history shape the history itself in the collective memories of those who come afterwards. 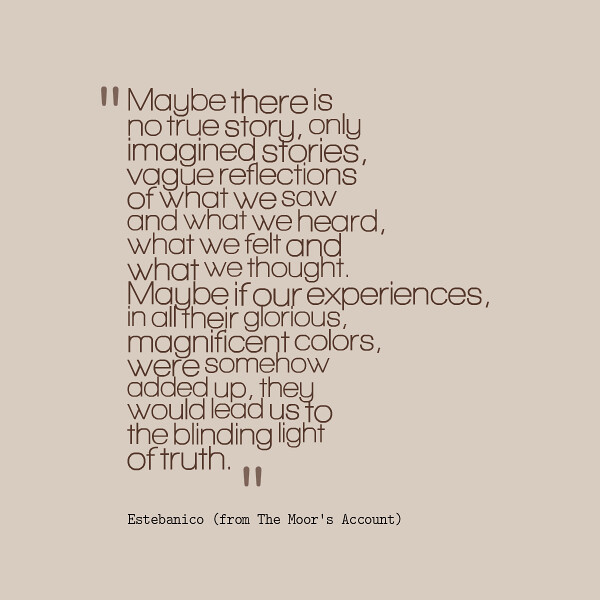 The Moor’s Account is a engrossing telling of the exploration of the Americas by the Spaniards, through the eyes of a Muslim slave — Mustafa al-Zamori, but whom the Spaniards named Estebanico. This hook by the talented Lalami gives the reader insights into the New World, in all of its wonders and all of its hardships. Lalimi notes in her acknowledgements that the story is fictional (thus, that quote I shared is sort of a meta-narrative anchor point), and that there is nothing known about the real Estevanico, who only gets mentioned in one line of one of the explorer’s own stories.

From that mention, Lalami spins a story of his life, and his travels, and finally, his freedom that comes from his wits and understanding of what freedom from enslavements — both physical as well as spiritual — means. Her story gives the Story of the America’s a new point from which to view history, and if that is not one of the purposes of writing, I don’t know what is.

Peace (in the explore),
Kevin