This project popped into my Twitter stream this morning — I sort of had echoes of it yesterday, perhaps – and it intrigued me. It’s a project for educators called Share Your EduStory, and its a hub of inspiration to get teachers sharing their stories of teaching. It’s designed to empower teachers as reflective practitioners and also to counter the negative stories about education that seem to dominate the headlines. Check out the Share Your EduStory website and follow the links to how you can participate. The threshold is low. Blog when you can, link when you are able, comment and connect as often as possible. Topics for writing will be provided. Connect.

The movement reminds me of what Steven Zemelman has been doing with his site — Teachers Speak Up — and how the move to give us teachers more voice is gaining some traction. But it depends on us, the teachers, to be writers and to provide insights into our classroom experiences. There are echoes of Slice of Life, too, where so many of us write each week about moments, often in our classrooms. And with the second iteration of Walk My World on the horizon, there are all sorts of possibilities.

Nothing like some collaborative energy to celebrate a friend, and that’s what Maha, Simon and Susan and I have been up behind the scenes for our friend, Terry, whose birthday is today. We recorded a song, and then some thoughts — all via on online collaborative audio tool called Soundtrap (I’ll share out more about it later).

And here is a bonus that I made for him, too. A comic series about our journey into the rabbit holes of technology.

(This is a Slice of Life post, where we write about the small moments of life through a larger reflective piece of writing. It is hosted by Two Writing Teachers, and you should join us.)

I saw this Savage Chickens cartoon by Doug Savage yesterday and thought, maybe it’s not just teachers and students who find the first day back after a long break sort of disjointing.

We eased back into learning yesterday in my classroom, after catching up with our holiday gatherings, mishaps and adventures. There was a sort of glazed look on my students’ faces — you know that look? They are used to sleeping in, not waiting in the frigid morning air for the bus — so I kept the pace moving along — handing back writing assignments (what did I do over break? I read student writing), introducing the concepts of Figurative Language that we now move into, and then shifted into giving them time to finish/publish their science-based video game projects.

If they were done with their video game projects, their assignment was to play other students’ games and give feedback. Lots did. It was good. We had a few “ahhhhhh” moments but mostly, we are now ready move into our learning again today.

At the National Writing Project Annual Meeting in November (this post has been in my draft box for a bit of time), I attended a session by a representative of GlassLab Games, which has been working in a partnership with NWP folks to develop a video game app designed to teach elements of argument to middle school students.

The game is called Mars Gen One: Argubot Academy, and it is a free app from the Apple Store. Mat Frenz, of GlassLabs, was very knowledgeabout about game mechanics, and of why games are a natural way to pique the curiosity of students. He notes that good games can be an “engagement bridge” for students to learn difficult material, and the hope for Argubot Academy is that players “will master the mechanics of argument with the same passion as mastering the mechanics of Pokemon.” The game developers build some of the mechanics and look/feel/design of the game with echoes from the Pokemon universe.

Mars Gen One: Argubot Academy has a narrative of science, as the player is on a discovery mission and is forced to create “argubots” that are powered by the strands of strong argument claims and evidence. The player asks questions, explores the spaceship and then goes into “battle” against others with their argubots, seeing if their claims and evidence is strong enough to hold up to scrutiny. A teacher account allows you to track progress of students, and it charts out where strengths and weaknesses of the individual player/students are. That is all handy information.

I played the game a bit over the summer, when it was first released and promoted via NWP and Educator Innovator, and then again during the session, as Mat gave us an overview and tour of the game itself. I know a lot of teachers in the room were excited about. I have my slight reservations. First of all, my classroom does not have iPads, so for all practical purposes, the game is not in our future. I also found the game a bit too wordy, knowing my students as I do, although when I mentioned this is conversation with other teachers in the session, they disagreed with me. So, maybe it is my own perception. I am also not sure it would engage my students over multiple sessions, although Mat shared testimonials from teachers using the app, praising it as tool for engagement.

But, don’t listen to me. Give the app a try. It’s free, and a lot of thought has gone into the development. It might just work for you, particularly as we shift into higher gear away from persuasion and deep into argument. The game might be just the hook for your students.

Here is a collection of podcasted Video Game Reviews by my students:

I’m always a sucker for graphic story/comic collections. One of my touchstone collections is the Flight series of graphic stories that just blow me away every time I crack the cover, and I love it when my students stumble upon the Flight books in my classroom. There’s that “what’s this?” moment that many have, and then they are lugging the book from class to class, coming in the next morning with the question, “Got any more of these?”

We bought Comic Squad: Recess for my son because he is a huge Lunch Lady fan, and of author/illustrator Jarrett Krosoczka, who is one of the co-editors and contributors to the collection of comic shorts here. My son read the collection in about, oh, ten minutes, and then I had a look. The mood and ambience in the collection is light and funny, with jokes planted on the pages between stories and a positive vibe all the way through. Love the remix/mashup page! 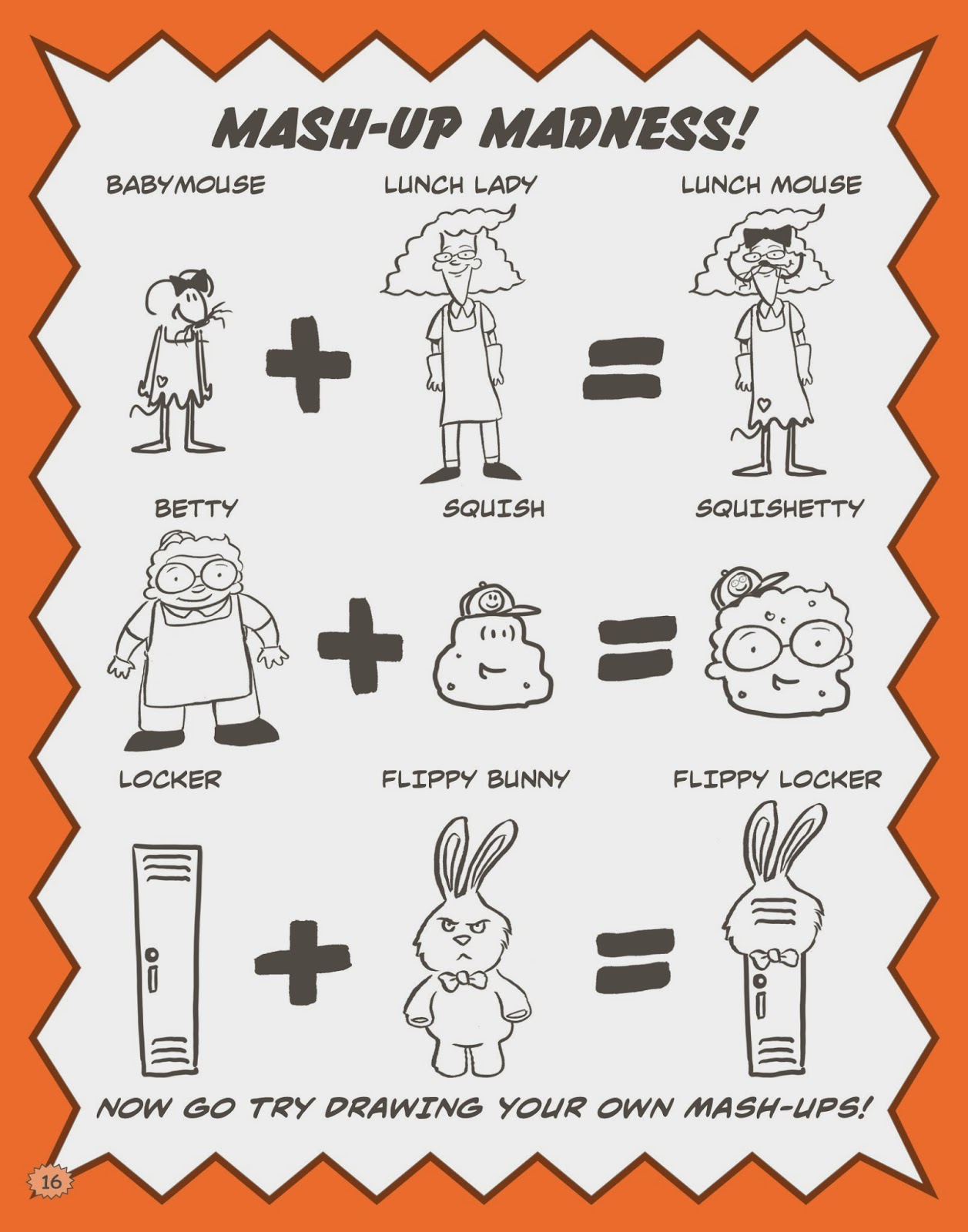 I liked the stories well enough, although I think they lacked real narrative depth that I like to see in this kind of book. Comics can and should push the envelope, even for young readers. It’s a wonderfully creative genre that has so many possibilities. I felt as if the stories here didn’t quite reach for the stars, and am hopeful the next collection (promised on the last page) takes a step forward. But that’s also me, being a bit too critical, perhaps. I understand this book is designed for younger readers (prob even younger than my son) and it will certainly get kids reading and maybe looking for further reading, which is part of the point of a collection like this (from a teacher’s standpoint).

And the hat nod to Nerdy Book Club in the opening dedication page? Nicely done.

It it just me, or is the world cruising by? Last year, my One Little Word was “make” and I did make a lot of stuff over the months of 2014. This year, for 2015, I have decided to “pause” and reflect a bit more. I am one of those “dive in and let’s see” kind of people, and sometimes, I feel as if it is too much. I am giving myself this word to give myself permission to pull back.

I made this animated text over at this site, which is rather nifty.

Thanks to Video Amy over at Edutopia for this collection …

Peace (in the funny),
Kevin

I use Goodreads all the time to keep tabs on my reading habits, and I participate in the annual self-directed Reading Challenge. I like that it allows me to have a record of my reading (although, oddly enough, I just finished a book last week that I later realized I had already read two years ago … thought some of it sounded familiar).

Goodreads will give you some basic stats, like the star rating system you used, and number of overall pages read, etc.

Peace (on the shelf),
Kevin