In one of the learning cycles for Walk My World, we’ve been asked to read and think about two poems — Tupak Shakur’s The Rose That Grew From Concrete (actually, a song lyric, right?) and Identity by Julio Noboa Polanco. So much gets done with Tupak’s metaphor (amid some complaints that it is probably a bit too obvious), so I cast my eyes to Polanco. I have not read the Identity poem before, and thought I might try to deconstruct and then reconstruct the words into my own poetry remix. (I hope Polanco won’t mind).

I found myself focusing on some key phrases, including “breaking through the surface of stone,” which I found very evocative. Taking the words of the poem, and them moving words and phrases around, with the concept of keeping the theme intact but making it into something new, this remixed poem is what emerged for me. It’s still about identity, about being an individual, but I tightened up the stanzas and found my own voice inside Polanco’s lines. That what remix is all about … 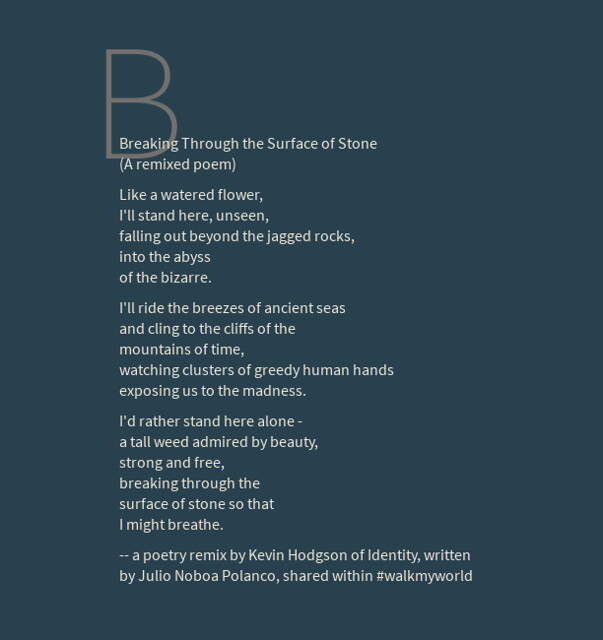