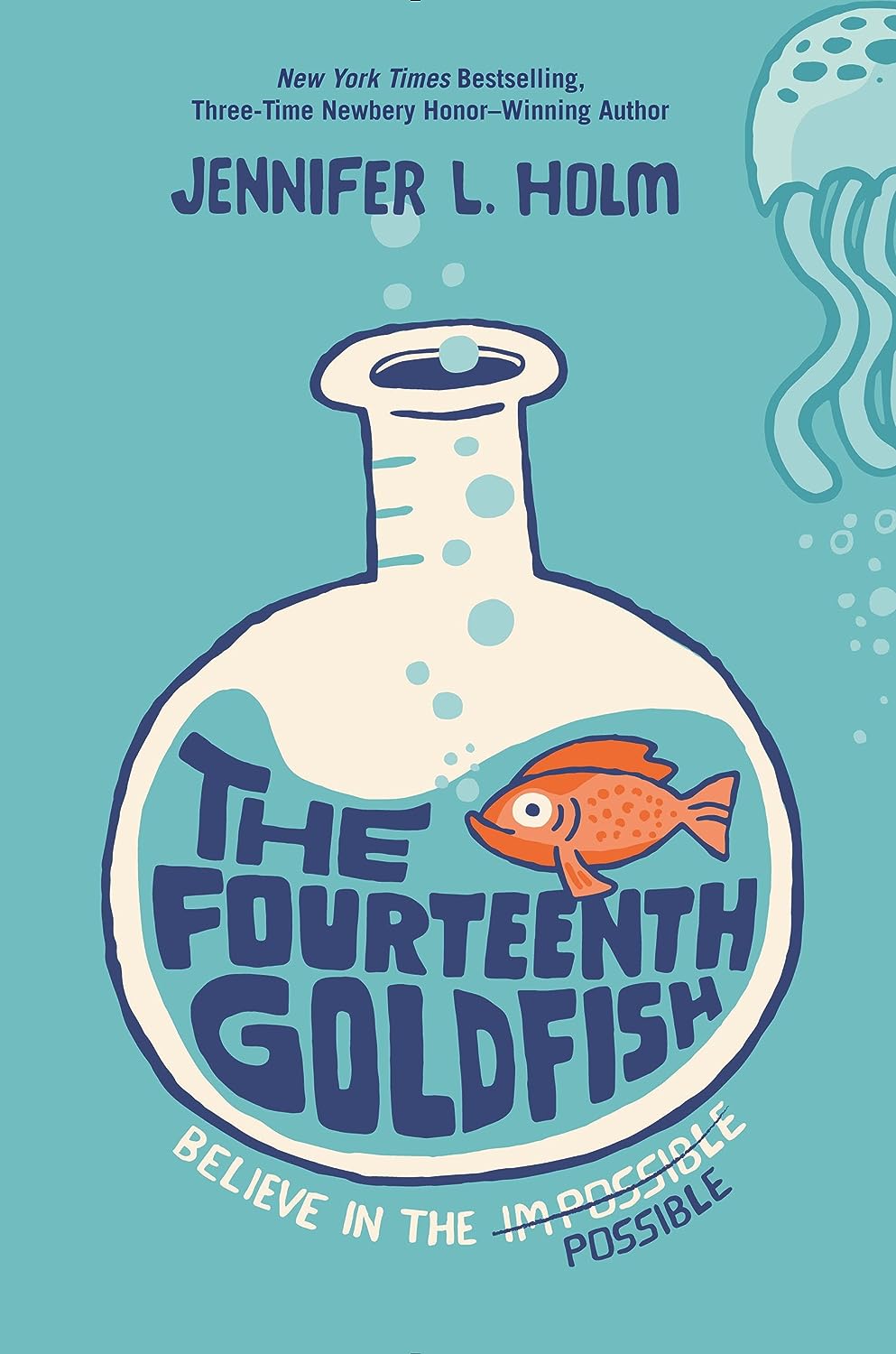 Coming on the heels of finishing Natalie Babbitt’s Tuck Everlasting with my sixth graders, I picked up Jennifer Holm’s The Fourteenth Goldfish merely on a whim as part our independent reading. I see it is on the New York Times bestseller list, and as a teacher, I love to discover new books I can recommend to my students. I was pleasantly surprised to see more than a few thematic overlaps between the two novels. Holm’s book explores the scientific element of tinkering with the aging process while Bobbitt uses unknown magic to explore the concept of living for forever.

Tuck Everlasting, of course, is a classic, and now in its 40th year, the book continues to resonate with young readers on many levels. The discussions we have in the classroom about the moral ambiguity of character’s choices and the desire for youth is always rich and deep. It’s beautifully written and I love teaching it.

The Fourteenth Goldfish is not in the same category, although it is a rather fun read. The story revolves around 11 year old Ellie, whose scientist grandfather discovers a way (via a certain jellyfish) to turn back the hands of time and become young again. The grandfather is now a teenager, living with Ellie and her mother, and the results are often funny. The plot revolves around Ellie helping her teenager grandfather recover his scientific notes from the company he has been booted out of.

It’s only at the end of the book, as Ellie considers the power and responsibility of science, that the deep questioning comes into play, and I was itching for Holmes to dig deeper than she did. The book is aimed at an upper elementary audience, and yet I think Holmes could have gone farther and still had the funny, entertaining story that she develops in The Fourteen Goldfish.

What Holm’s book does well is to show the power of scientific discovery and of asking questions, of being curious, of being open to the “possibilities” — as Ellie’s grandfather teaches her, even as Ellie herself begins to understand that some scientific discoveries come with a cost (the Atomic Bomb). Holm also name-drops plenty of scientists in the novel, sparking interest in the history of discovery.

Peace (in the life lived),
Kevin