You should read Terry Elliot’s post about a chart that Audrey Watters put together about the Horizon Report and its predications for trends in EdTech over the years. Terry warns us that when an organization like Horizon makes predictions, it shapes the future. He is more deep than that, though, so give his piece a read.

This was my take on the chart (which was interesting to read): 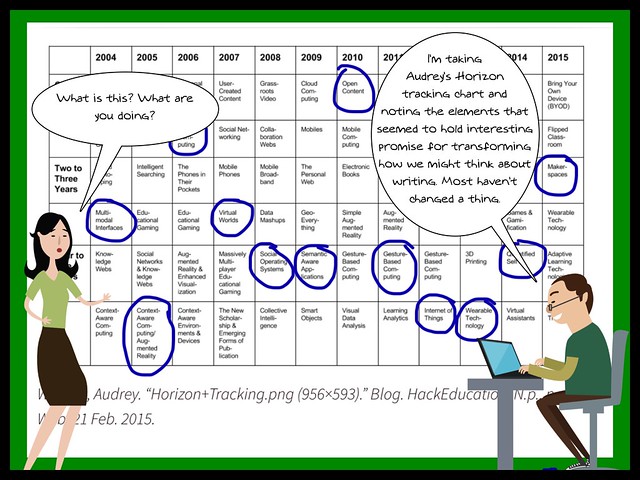 And I could not resist a meme after reading Terry’s post. 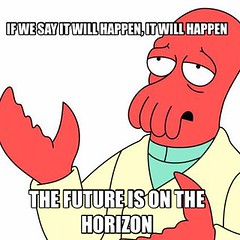 But I was also struck by Terry’s heartfelt views of the impact organizations like Horizon have on policy makers, and that led to a “found poem” that I then moved into Zeega as part of my push to make Zeegas until they close up shop soon.