Terry Elliott wrote a lovely media poem about the rain, as a metaphor poem about the weight of things on the world (or, that was my interpretation). You have to read it. A piece of a line of his poem got my attention, for whatever reason.

… raindrops fall by all the rules

That got me writing an ancillary poem, built off that concept and riffing off his idea. I shared my response poem with Terry but first I sort of kept the poem hidden inside itself, as shape poem. I had this image of him scratching his head, trying to figure out the poem itself. 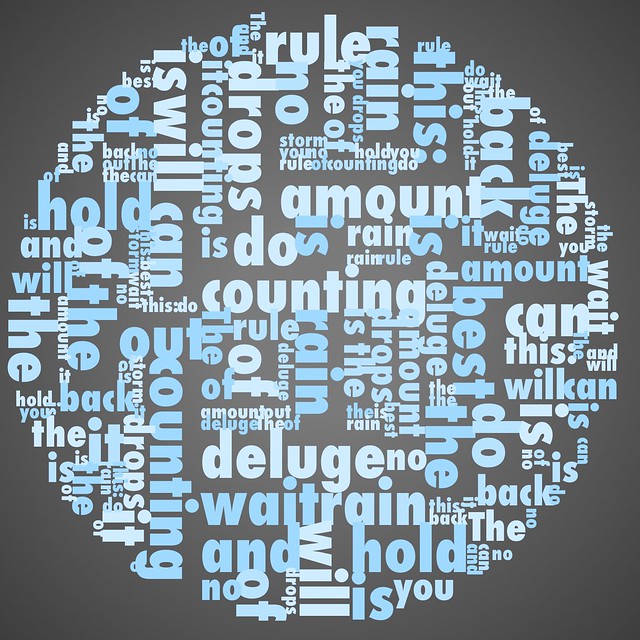 A few hours later, I shared out the text of the small poem itself. 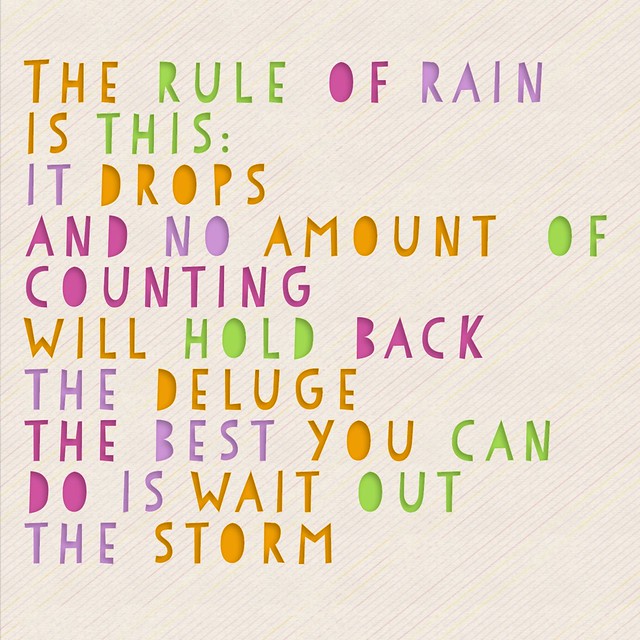 This morning, I found that Terry had done a little work on my poem, removing elements to make something new. 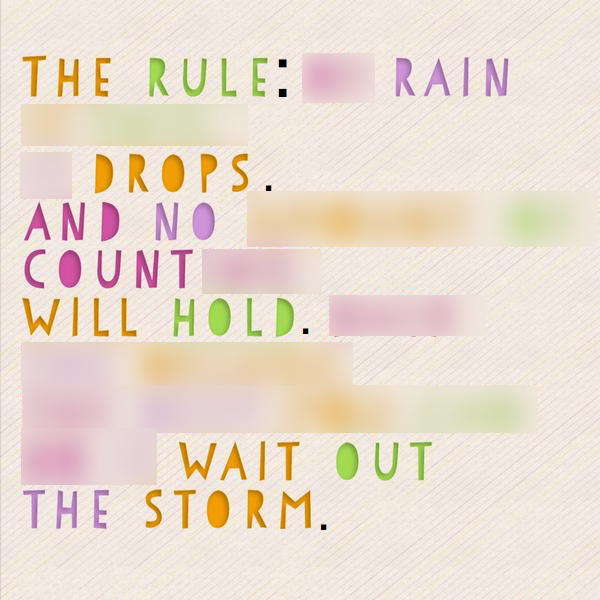 I like this PingPongpoetry concept, of one person writing and another person responding and maybe a little back and forth … all with poetry as the heart of the toss.

Feel free to take the rain concept another step further … share your poem out … play the writing game.

Peace (in the rain),
Kevin