I’m continuing to push a single poem in multiple directions with this Make Cycle in Making Learning Connected MOOC on the issue of remediation — a term that is getting some pushback here and there in various spaces.

One of my good friends, Sarah, took my poem, and as she said, broke it.

@dogtrax I broke your poem for you #clmooc – when reMEDIAting turns reMEDIAl 😛 pic.twitter.com/7ihE81pXIU

That got me thinking …

This time, I went into Mozilla Webmaker’s Thimble tool. I used a kinetic text remix in an effort to do a sort of “reverse blackout poem,” in which words drop from the poem, leaving behind a second poem.

You can check out my Thimble project here, but it works best in Firefox (for me, it won’t work in Chrome).

Here are some screenshots, in case you are curious:

Next, the poem in its original form: 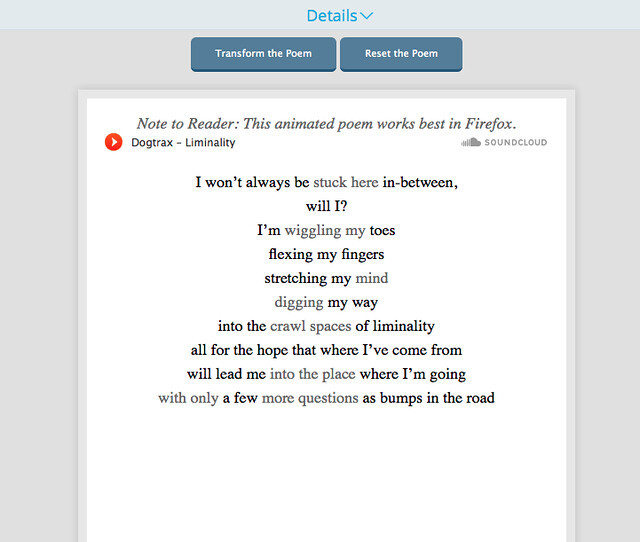 Finally, after hitting the “transform this poem” button: 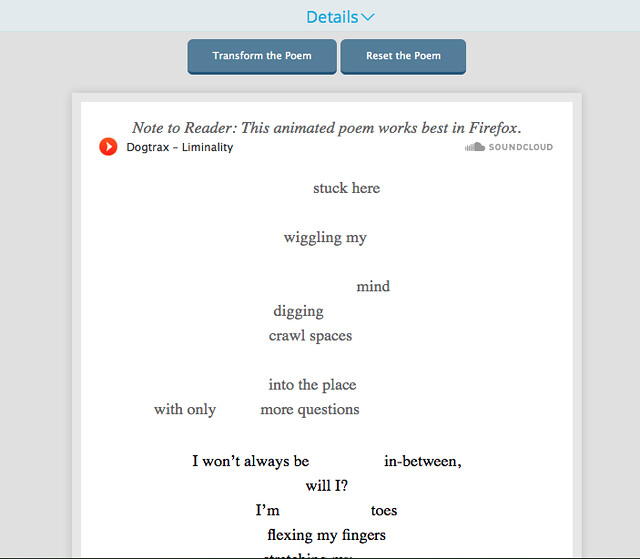 What is cool about Thimble and other Webmaker tools is that you can remix. Just click the remix button on the poem in Thimble and make your own.

And one more further remediation of the poem for today. I don’t think this worked as well as some of the other experiments. I created a comic version of the poem. What I struggled with was the representation of ideas within the allotted four frames that used the possibilities of a comic to tell the story of the poem. It just … didn’t work. 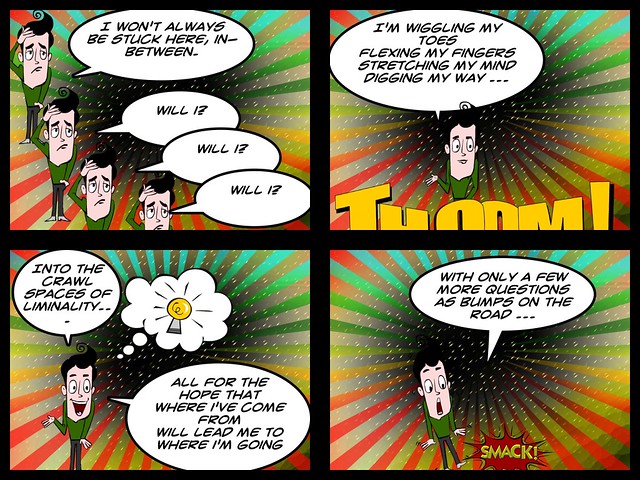 I’ll finish up tomorrow with two more versions of the poem as the Make Cycle moves into reflection stage.