I guess I was busy over this weekend, making stuff. 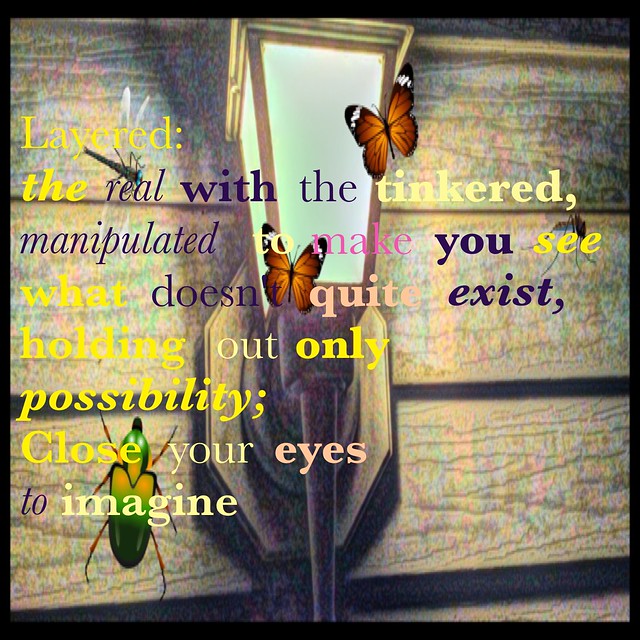 First, as part of a new cMOOC (an offshoot of sorts from the Making Learning Connected MOOC) about science and writing (and bugs), I crafted a poem layered on top of a filtered image with clip art. The task was to take a night picture of a light, with bugs. 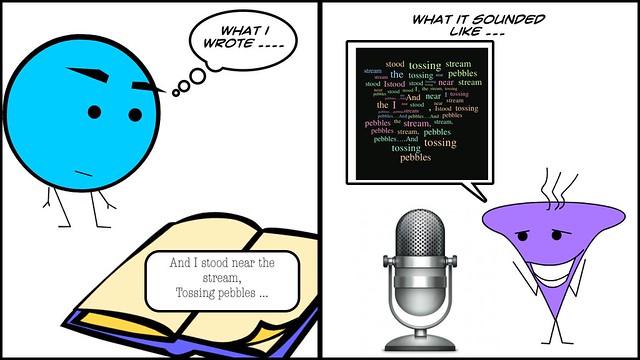 Second, Terry Elliott took one of my poems and a few others from other folks left as comments at his blog site and he made podcasts of them, noting how voice (and another’s voice, to boot) adds a new element to writing. I tried to capture this in a comic, but my first version failed until Stephanie Loomis came along and handed me a word cloud of the poem via Twitter, and suggested layering that into the comic. I did, and the comic suddenly worked.

Third, Terry was gathering together responses to a post he wrote the other day (my poem that he recorded was one of them), and he called his reflection post “Four Friends on a Boat” or something (it references Wind in the Willows), and that got me thinking of the boat and the friends.