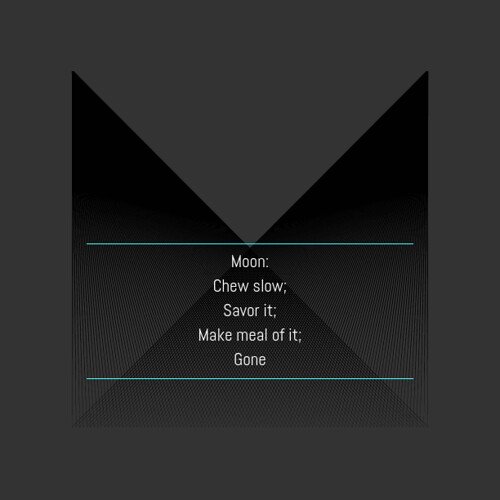 We huddled our kids outside last night, just after 9 p.m. It was clear skies, beautiful clarity, here in New England, and the Super Blood Moon Eclipse was underway.

I don’t know what my kids were expecting, but the slow-mo effect — which my wife and I found fascinating — was a bit too slo in the mo for them, particularly the youngest child.

“This is so boring!” he moaned, from his spot on the pavement, sitting there in his pajamas. Another of our boys was running up and down the street with our dog, teasing the creature with a banana peel. “Why are we out here?”

He knew why, because not only had I explained an eclipse (“Imagine you are the moon, and I am Earth, and that light is the sun …”) but I had also mentioned he would be in his 30s when this kind of natural event would occur again. However, unlike the apps and games he likes to play, this event unfolded slowly, and required patience.

A little quiet would have helped, too.

“Why are we out here?” he asked again, but I did notice he kept his eyes up on the moon, which by now was being taken over by the expanding black sliver to its left, a section disappearing even as we were talking. Ten minutes later or so, the partial eclipse was clearly underway.

I mentioned the need to read A Connecticut Yankee in King Arthur’s Court, which led to a discussion about Mark Twain, and scientific knowledge. The moon and the Earth and the sun kept working. More of the moon was now in shadow.

Finally, after hearing more than our share of groaning about the pace of the event, we sent the kids inside. They had seen enough. They had experienced the eclipse, at least. And we had heard enough. In the house, they went, leaving the movie to unspool by itself.

Upstairs, getting ready for bed, my wife and I raised the curtains on our window, and gazed up at the sky. The window framed the moon, perfectly. The eclipse continued.

“Why did we even go outside with the kids?” my wife joked, as we watched the magic of the skies in the peaceful, warm house. She started to hum “If Moon Were Cookie” from days of listening to Sesame Street songs on the van.

“We could just show them the time-lapse video in the morning,” I joked back. We both know that being “in the moment” of the natural beauty of the world is what was important and that even with the complaints, it was worth it.

Interestingly, the theme of our church service that morning was all about connecting and reconnecting back to the Earth and the environment. The guest speaker talked about the firebrand preacher, Jonathan Edwards (whose home church was our very own church), and his writing about seeing wonder in the world around him. The guest speaker connected Edwards’ writing to the Pope’s visit and the recent papal environmental report on Climate Change.

Earth, and its future, was on our minds for much of the day. The skies, too.

In the middle of the night, I woke up, thinking someone was turning on the lights in the house. But it was just the moon, coming back from darkness, filling the skies with a brilliant glow, as if announcing, Here I am.

There it was. Welcome back, moon.