(I had written this to be posted yesterday but the horrific events in Paris stopped me in my tracks. A post about comics did not seem appropriate. Forgive me if it still isn’t time. — Kevin)

I had to take a day off on Friday for a doctor’s appointment (my eyes are good) and as we wound down our theme of visual for Digital Writing Month with two posts about comics and graphic stories, I decided to use some of my time at home to try different platforms to make different comics in between working on some other projects. This comic making coincides with some of the work that Terry Elliott is doing for Digital Writing Month around composing with various media, and his focus on comics.

First, I used Dave’s Awesome Rage Maker Comic site to present a commentary on what happens when an administrator pops into a classroom, expecting traditional writing, only to find students engaged in making comics. Yes, this has happened to me. 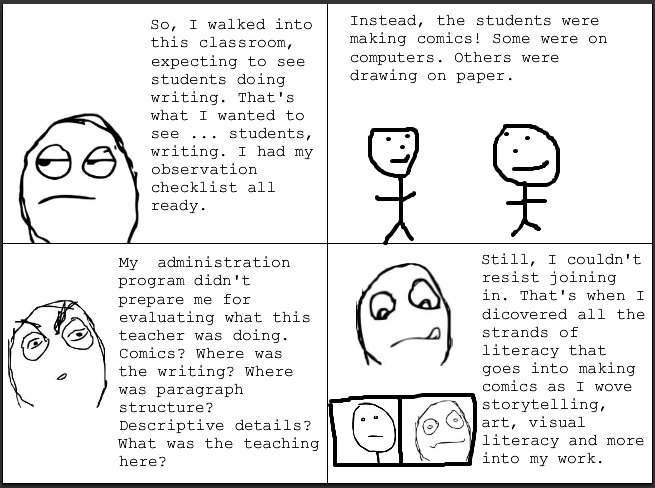 Second, I received a wonderful letter from my friend, Susan, as part of the CLMOOC and Beyond Postcard Project. She sent more than a note. She sent along three cool, crazy characters, and one had a speech bubble asking to be put into a comic. So …. I used my Comics Head app (I have the premium app but this is link to free one) to create this one. 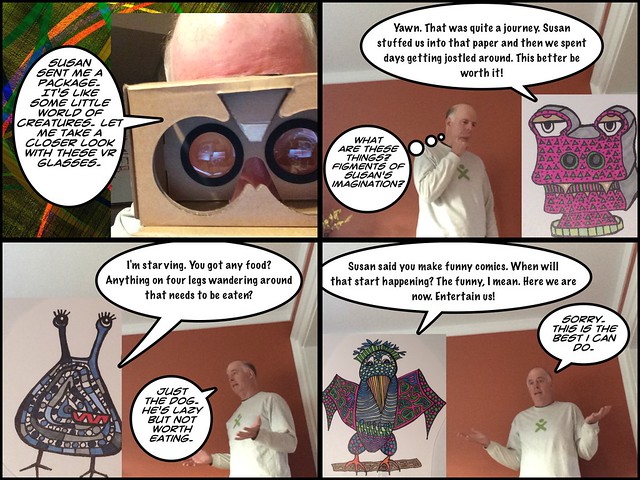 Third, I went into Stripgenerator to make this comic. I find myself thinking about characters in my comics thinking of me, the writer, and what they would think. I’ve done some variations on this before. But here, I was making fun of the fact that I can’t really draw and rely instead on prefab characters from platforms and apps.

How about you? Wanna try your hand at a comic? Or how about just a caption for a comic? I’ve been sharing this comic across spaces this weekend and asking folks to come up with the caption, as a sort of riff off the back page of The New Yorker. 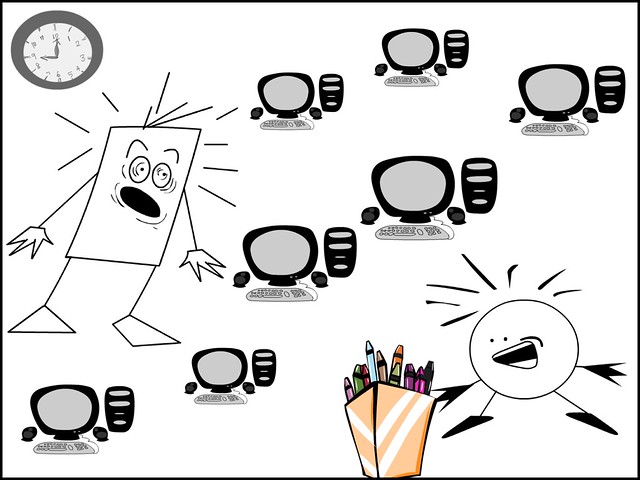 Peace (in the frame)
Kevin