(This is for Slice of Life, a weekly writing invitation by Two Writing Teachers to capture moments in our lives. Come write with us.) 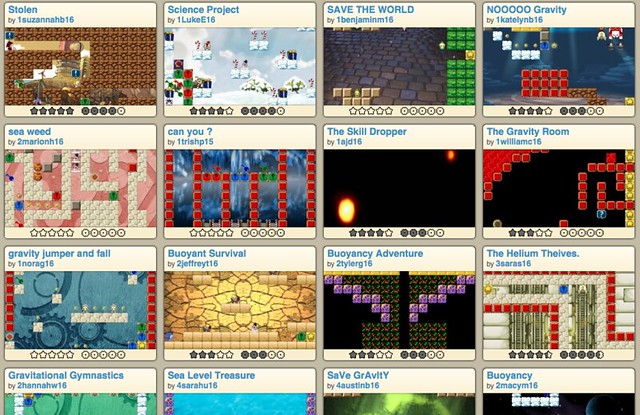 Well, that was chaotic.

My goal in class yesterday was pretty straightforward. We are working on nearing the end of our Science-based Video Game Design unit, and peer-review/play-testing is an important element for young game designers to gather an outside perspective. When you build a video game, you know all the ins and outs of it — all the tricks of the game —  and at some point, that is not a good thing. You lose perspective.

What you need is an outside voice. A player to play your game.

So, our activity had students working the room, playing each other’s games in a rather logical sequential order, and writing out “warm” and “cool” feedback on the games. We’ve used this same strategy with writing this year, so it is not new. I even had sentence starters for both feedback points on the interactive board and situated around the room as paper copies.

First of all, every game took a different amount of time to complete, so we were never quite in sync with the rotations. Some were still playing while others were done and ready to move on.

Second, the designers of the video games kept their eyes and ears open for players talking about their games, and they would leave the game they were play-testing to talk to the players of their game. That messed up the whole rotation idea. (It also made me think, next time I am going to more of a partner/feedback activity to allow for this to happen in a more controlled fashion.)

Fourth, the noise noise noise noise. Ok. So my room can get noisy at times, particularly with game design when work and sharing and socializing seem to mingle more than usual, but this was just a bit too noisy even for me. (Good thing my supervisor didn’t wander in). I suspect it is the combination of holidays – vacation – game design – adolescence. I needed ear plugs.

I would not call the peer review/play-testing activity a failure, but I was not sure I quite achieved what I hoped for — the learning objective centered on giving and receiving specific feedback on a project that will provide insights for revision and improvement.

And then .. and then … as they shifted back to our games, I noticed so many of them reading with attention the comments left on their games by peers, and then they were asking follow-up questions, and then some of them (thankfully) began the process of revising levels — adding more lives, fixing the narrative text, revisiting the science concepts, removing obstacles — and suddenly, the chaos was worth it.

Peace (beyond the games),
Kevin

PS — this chart that I put together one year guides my thinking here .. 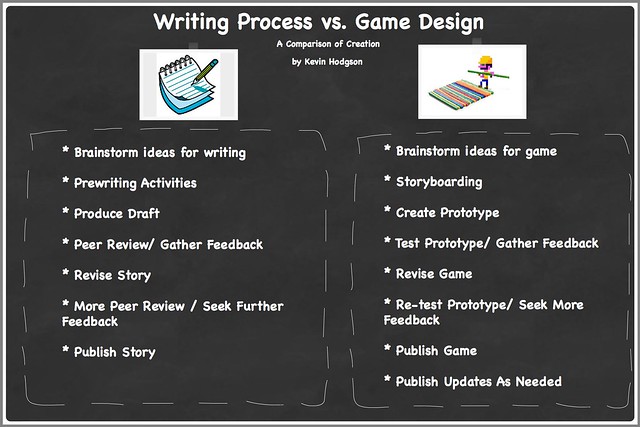