It’s hard to escape the voice of Percy Jackson in the new series launched by Rick Riordan that moves away from Greek and Roman mythology and into Norse myths. Magnus Chase and the Gods of Asgard: the Sword of Summer is the kick-off point for some new adventures, and my sixth graders are all over this book right now. I read it aloud with my 11 year old son, and he loved it, too.

But Riordan’s style of writing and sense of voice with his main character, Magnus Chase, is so similar to Percy Jackson — with sarcasm and teenage humor and tenacity tinted with doubt — that I wondered aloud to my son if maybe Riordan isn’t pulling some sort of narrative trick on us — transforming Percy into Magnus in a new mythology. Heck, even Annabeth Chase — my absolute favorite character from Riordan’s growing archive — makes a visit, as she is Magnus’ cousin.

My son scoffed at me, as if I were crazy. But … we’ve been wondering about this ever since reading The Red Pyramid stories, too. How can Riordan NOT be pulling these stories together sometime in the future?

So, here’s what to like about Magnus Chase and the Gods of Asgard: the Sword of Summer: the pace of the plot moves quickly; there is plenty of humor and references to past Riordan stories; we learn a whole bunch about a relatively unknown and untaught mythology (who knew a giant nutso squirrel protects the tree of the worlds?); and this one kicks the series into high gear in an engaging way. 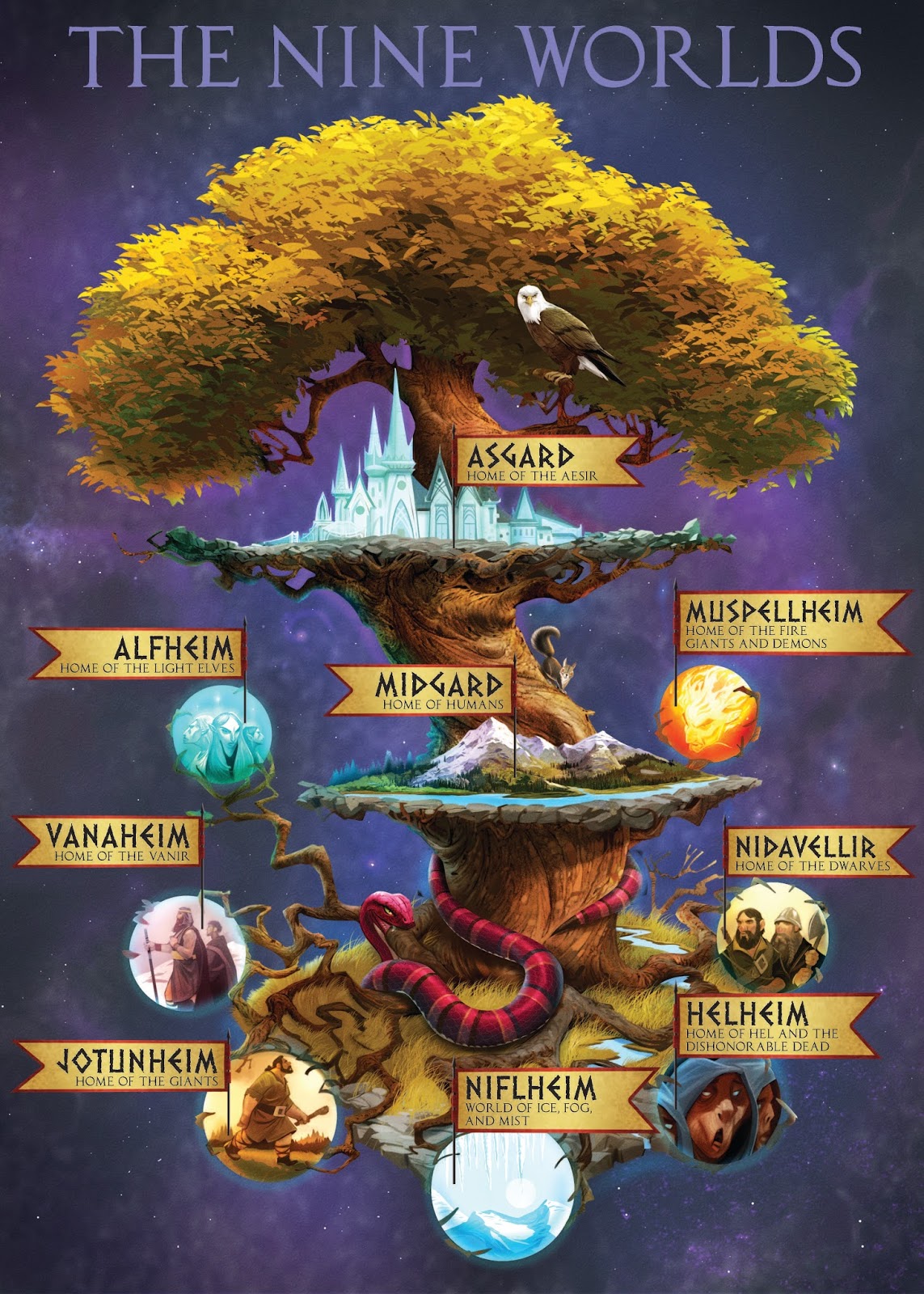 You know what I had the most difficulty with? Reading aloud all of those Norse names for the Nine Worlds. My tongue got tied more than once.