(This is for Slice of Life, a weekly writing adventure hosted by Two Writing Teachers.) 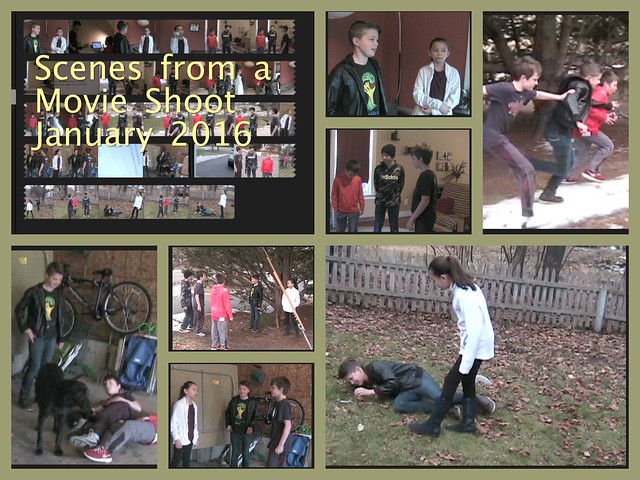 This past weekend, my son finished filming the third of a trilogy of home movies that began about four years ago. I have been on board as videographer and advisor, but the script was written by him (with help of friends now and then) and the acting direction is mostly his, and all I can say is: I am proud of him for making three movies but also glad to be done with the third movie, too.

He is now working on the editing in iMovie. I’ll give him some technical advice, but mostly, I let him do it. I want him to have as much ownership as possible.

My only parting advice to him as we finished three hours of shooting video for a movie that will be under 10 minutes long — next time, go for comedy and leave the action/adventure genre behind. (It felt as if each movie’s story was the same story, told over and over. Or maybe that was me.)