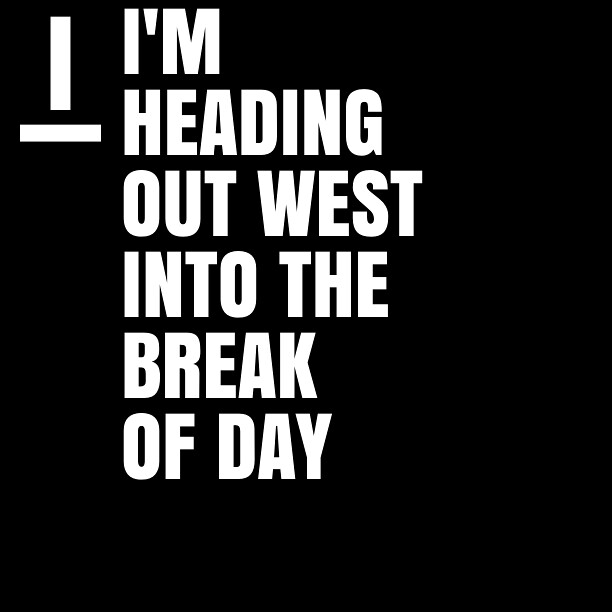 With all the inquiry of the symbolic meaning of “The West” in our #Western106 open course, I started to wonder if I could write a song that might capture the essence of moving West. I struggled with the writing of a song, though. I am no Western singer, so I began to rethink the narrative. Maybe the narrator is giving up on the East and heading West, and maybe the time period is rather elusive. It could be set today, or yesterday, or years ago.

The phrase “Everything is West of Here” began to settle into my mind, and as I heard the drum track — the loping, clip-clopping rhythm — I found the heart of the song, particularly when the chorus of “I’m moving out West, into the break of day” arrived on my paper in my handwritten scrabble (I guess I wrote it, right?) A variation is “I’m heading out West” in the second verse.

So, this song is about leaving a life behind and moving West to start anew, with all the struggles and hardship both the leaving and renewal will bring. And hope, too. There’s hope on that pony as our rider head up over the mountains.

This is one of the slowest songs I have written. My bandmates often chide me for bringing in songs that I write that fall under the 3 minute mark. “Give it another chorus” or “Where’s the break” or “Write another verse” — this is what they tell me. I don’t often listen to them (they know this). I’m from the Elvis Costello School of Songwriting: Say it under three minutes, or risk boredom or repetition. But I kept myself patient here, letting the horse amble its way forward towards the last verse in this one.

I recorded the song first a scratch demo on the day I wrote it, but it sounded awful. (I’m no singer, so that doesn’t help). I then found time to use Soundtrap (my fav recording platform right now) to re-record, adding the drums, and then using some synth sounds to capture the twangy guitar chords and the slide-guitar-ish lead. I was trying to use some of the tropes of Western songs to give mine the same feel, even if it isn’t really a Western song.