Friday mornings, we do our fluoride in the classroom. About half the kid grab their cups of stuff (the other half don’t participate) and, at this point in the year, I tell them to time themselves for a minute. They stare at the clock on the wall, in a sort of trance, watching the second hand tick the seconds away.

Interestingly, it is one of the few times they make note of the analog clock in the room.

In almost every other occasion other than fluoride time, when they have to pay attention to the minute mark, they squint at my active board for the small digital clock in the upper corner. Sometimes, they don’t notice that I have the board on “freeze” mode (so the screen stays frozen and I can work on my computer) and they become lost in time. I had one student yesterday, signing out for the bathroom, who kept looking back and forth from the screen to the wall clock, trying to figure out why they were not in sync. 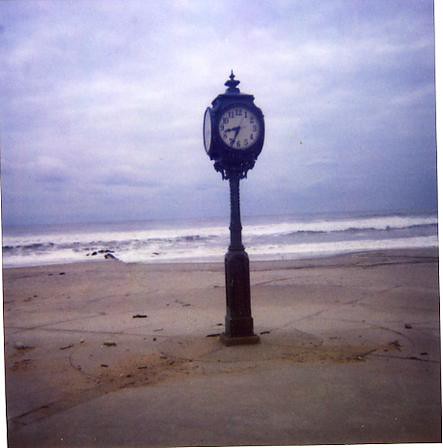 On some mornings, like yesterday, right around 9 a.m., our wall clock sometimes … stops. Just pauses. Takes a break. It’s the building clock system adjusting to “real time,” I guess, but when it happens — when the hands of time come to a complete and full stop — all the swishing-spitting kids’ eyes bulge out, as if they can’t believe it. As if it hasn’t happen many Fridays before. They point with dramatic fingers at the clock, and try to get my attention. As if I can fix it. 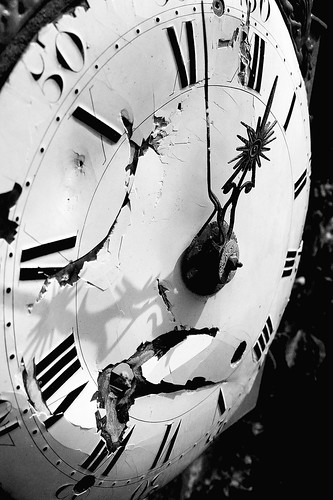 I nod, as if knowingly, and say, “Well, I guess your teeth get a little extra protection this morning,” to which their reply is as predictable as mine: a shake of theirs head in a dramatic “nooooooooo” shake and then relief when the clock starts up again.

The more attuned kids have realized by now that the second wall clock in the room — the one I brought in from home, with a saxophone on it — may be “off time” a bit from the world of Time, give or take five minutes, but it never stops working. Therefore, it’s a much better device for fluoride. I think the other just like the idea of watching time stand still.

Peace (in the seconds),
Kevin