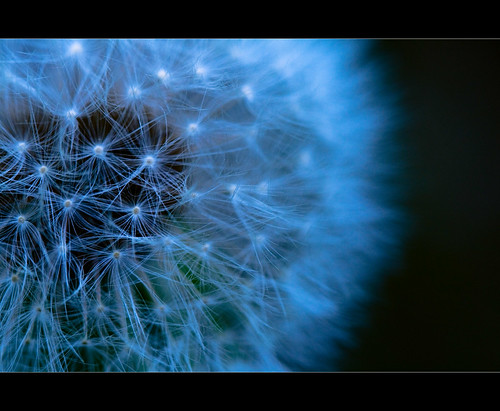 Three posts recently had me thinking again about the reverberations of online networks or communities or whatever term it is you wish to use to indicate projects that never quite end.

First, there was this tweet from my Making Learning Connected MOOC friend, Allie:

I had a serious #CLMOOC remix moment yesterday in preschool. Is it happening again this summer? @dogtrax @NWPDigital_Is I’d love to join.

My answer to Allie was: Truthfully, I don’t know.

It may be that the CLMOOC has run its official course and that some variations of it may continue into the summer. I’ve been a facilitator in the past, and enjoyed it immensely, but I am not in charge of the official decision of whether another six week CLMOOC will happen this summer. I don’t think National Writing Project, which has hosted CLMOOC, envisioned supporting CLMOOC forever, and I know a focus right now by NWP is on Educator Innovator projects such as Letters to the President.

I think I can safely say this. The #CLMOOC Twitter hashtag isn’t going anywhere, and until Google pulls the plug on Google Plus Communities, there is still a home there, too, and people are still sharing links, resources, ideas and a weekly #SilentSunday image share. And we have had some “pop up” Make Cycles this spring, thanks to Joe Dillon and Terry Elliott and others. I know I am planning to use the CLMOOC Make Cycles for a graduate class I am teaching through the University of Massachusetts and our Western Mass Writing Project this summer.

Second, I saw a blog post by Alan Levine, reflecting on the Western version of DS106 earlier this year, which he explains better than I can, but I want to note in that in his reflection he reacts to a comment about a sense of “fading” in DS106. I suspect that any online adventure has its time of high activity that slows down after time, even as it continues to persist in some fashion.

DS106 is an intriguing example because some university classes use it as a framework of classwork, connecting the physical classroom to online exploration. At times, there are “headless” DS106 courses that are not connected to a university — with only nominal direction. Come and go, as you please. Other times, a theme starts and ends, and echoes in the Daily Create. People keep making stuff. Cool stuff. Every day.

I was talking to someone who’s been around the DS106 corral and it was this person’s contention that DS106 had “faded” suggesting in so many words it was past the top of a curve, and maybe it was missing a “charismatic leader”. Many people who got crazy bit with ds106 in 2011, 2012 are not much less or non-active. That’s not a problem, that’s a natural curve of evolution.

And DS106 does persist and it continues encourage continuous creativity, even if you never dipped a toe into any of its online course mutations. Just look at the DS106 Daily Create. It rolls on and on. People don’t just come and go; People come and go long after their first connection to DS106 ever took place.

And then the third post that caught my attention was by Dave Cormier, who has spearheaded Rhizomatic Learning communities since 2014, wrote a fascinating post that references an article he wrote two years ago, in which he responds to a question his young son asks as he is watching Rhizo14 unfold. (The question: Are you in charge? The answer: Not really.)

… we are potentially radically redefining what it means to be an educator. We are very much at the beginning stages of our learning how to create the space required for community to develop and grow in an open course. These field notes speak to the my own journey in the design of ‘Rhizomatic Learning – the community is the curriculum’. They are, in effect, a journey towards planned obsolescence.

Interestingly, the Rhizomatic Learning connections seem sort of shackled by the hashtag. We began with #rhizo14 and then #rhizo15 and now #rhizo16, but adding a number hampers the ability of the community to last beyond the year, it seems to me. This sort of calls attention to the importance of early course design — how to design for something to never end in social media circles? (This is not a critique of Dave or any of us in Rhizo, by the way, but merely an interesting observation of how a time element stamp can lead to unexpected narrowing of community reverberations.)

How do these three strands/posts come together for me?

We may not yet be there. Dave is launching a third iteration of Rhizo under the banner of Learning Resilience.  Maybe we still need someone behind the wheel. While the Rhizo community remains active and vibrant, I think we were waiting for Dave to kick off something for 2016. (I know I was but I didn’t realize it until I was writing this post.) I wonder if the person who wondered about DS106 “fading” was waiting, too, for someone like Alan to step up and lead the way. Did Allie think I was in charge of CLMOOC?

How do we encourage folks to take over and be the learning itself? Dave and Alan have certainly encouraged that every step of the way. Yet we still gravitate towards someone to get us started. (Maybe that’s not a bad thing. We all need a spark.) How does that decentralizing of learning translate into our classrooms? That’s the question of the longer journey many teachers are on in the Connected World, I suspect. I know I am. Maybe you are, too.

If someone comes looking for CLMOOC activities and exploration, perhaps the best answer is to encourage them to create and share Pop Up Make Cycles and invite others to join in. Do we need someone in charge to tell us that CLMOOC is taking place or not? Probably not.

We can make learning happen just by making it happen. The fact that Allie had a “serious remix moment” that reminded her of CLMOOC is incredibly exciting. I wonder what that moment was? Can I join in? Don’t you wonder, too?