This second Make Cycle of this summer’s Letters to the President 2.o project (which invites teachers to make and remix all summer) is focused on art and remix of visual messaging. They give some suggestions for how to dip into the waters, but I used a DS106 Daily Create idea from the other day (around remixing old paperback novel covers) and then decided to use a Flowchart diagram as art canvas.

First, the book cover design. I took the book, A Bridge Too Far, and used its cover to make a point about the Digital Gap that still exists in many schools and community. These issues of access and equity are at the forefront of discussions at our local writing project, and are embedded into our mission statement. (I used the online PicMonkey to layer images and texts, in case you are wondering, and in case you want to try it yourself). 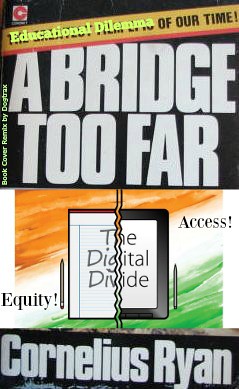 The Flowchart diagram is my attempt at making a political statement in a sort of artistic way. My political stance is probably pretty clearly stated, although I did not feel the need to name the candidate. You can figure it out. Instead of a direct critique, I wanted to explore the ebb and flow of the candidacy. (I used a program I have called Simple Diagrams to make the chart.) 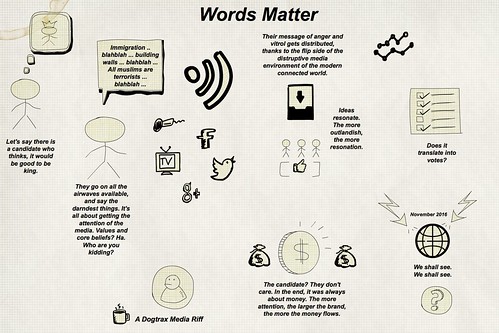 Peace (is something to hold on to),
Kevin