Yesterday, I wrote a bit about seeking out the writing of others and creating something new that honors those writers. I called it Resonation Points. This morning, I want to follow up on that with two more resonation points: one that arrived in the comment bin of yesterday’s post and the other that arrived in my mailbox.

First, Terry (who was one of those writers I focused on) responded at the blog with a very poetic comment, with all sorts of nifty phrases, and then noted that it might be a poem. “Be watching for it on Twitter,” he said, so I did, and then we had some back and forth with poetry. He wrote about it in a way that is much better than I can write about it.

This is the poem I wrote, remixing his blog comment: 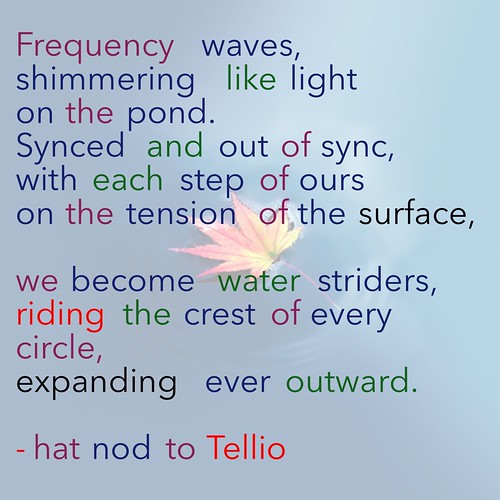 Then, I received a postcard from Susan (some of us in CLMOOC have been spending a year sending out periodic postcards … it will become part of this year’s CLMOOC, too) with a lovely message … and a challenge that I use the postcard in a comic somehow. Well, challenge accepted! 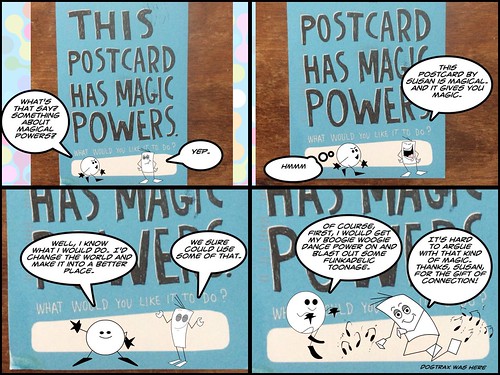