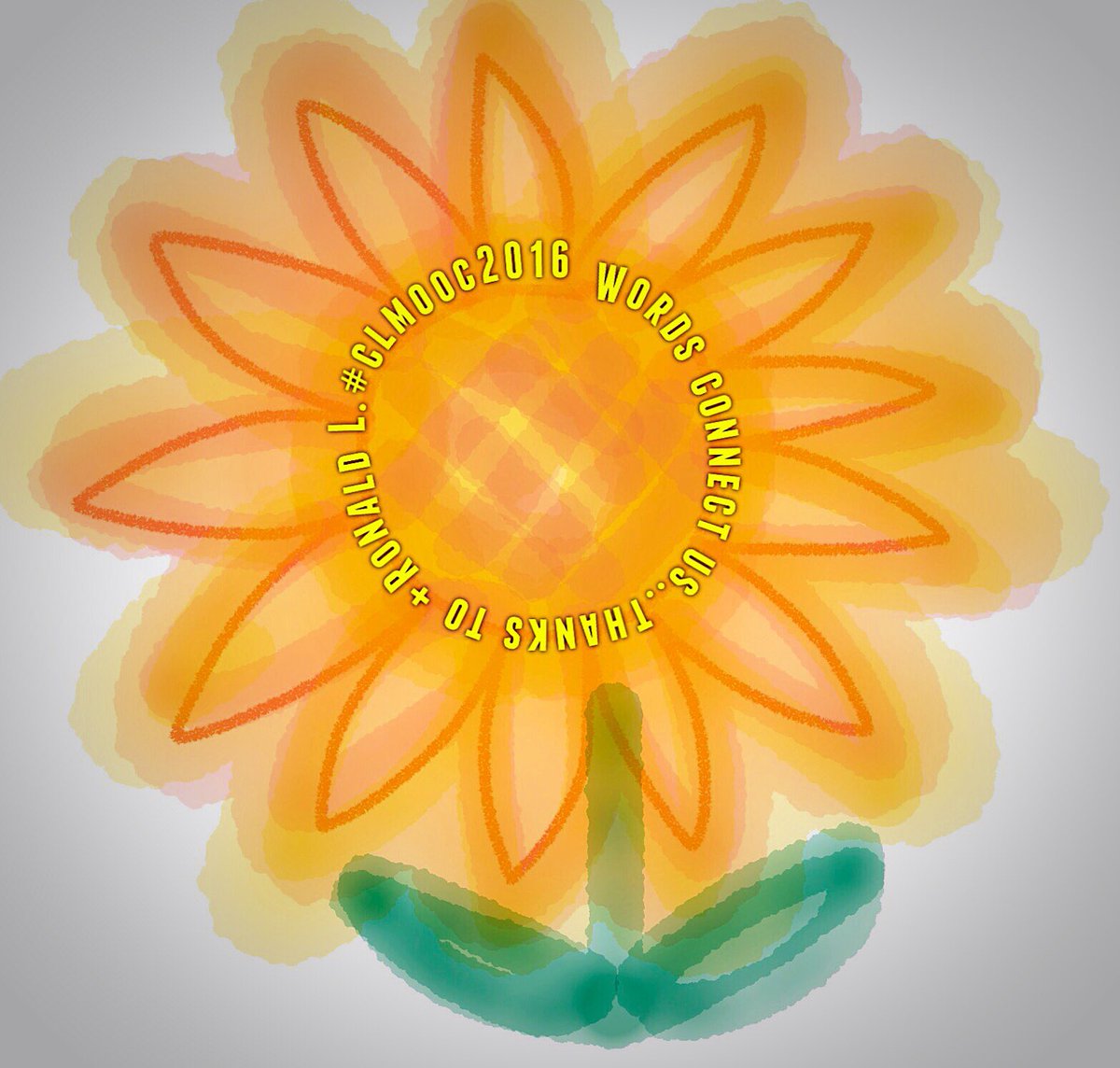 Created and Shared by Melvina Kurashige

We’ve been releasing Daily Connects every day for the CLMOOC, and even before the CLMOOC started. The Daily Connect is inspired by the Daily Create, and it first came about during an earlier open course called Connected Courses (from 2014).

For this year’s CLMOOC, I revamped many of the Daily Connects from the CCourses project, and have been invited folks to do small-scale activities around connections. The invitation is there, as is the offer to completely ignore the ideas.

Yesterday was interesting, as many folks took the Daily Connect idea and ran with it. The concept was to use words from another writer and “paint” with those words. The Daily Connect offered up a site called Visual Poetry that allows this to be done rather easily (just pop in the text and start drawing), but a few folks just went in their own direction, which is how it should be.

Here, then, are a few of the pieces that were shared out yesterday:

(from Terry, with a quote from Clay Shirky) 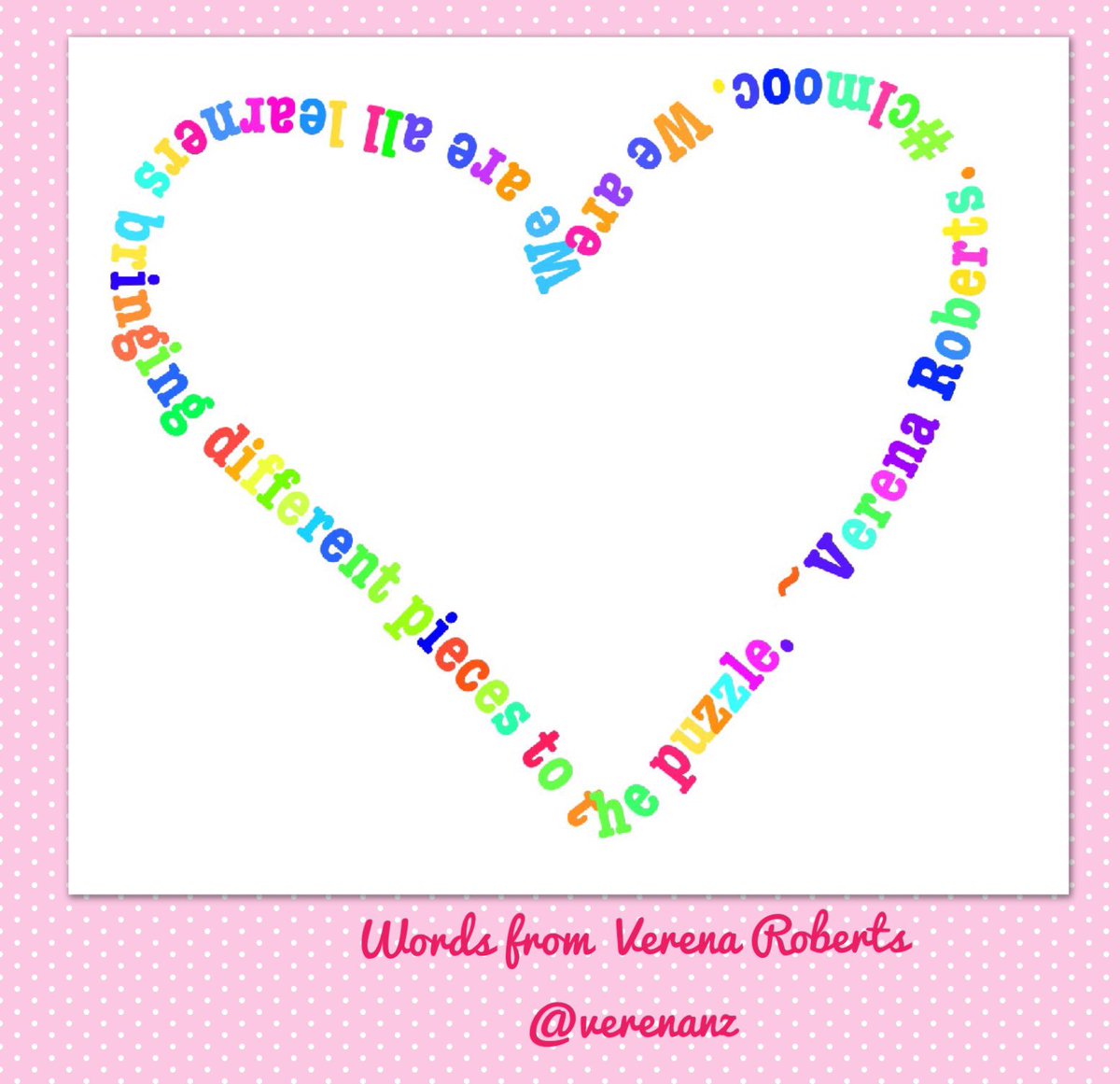 (This from Melvina, honoring Verena) 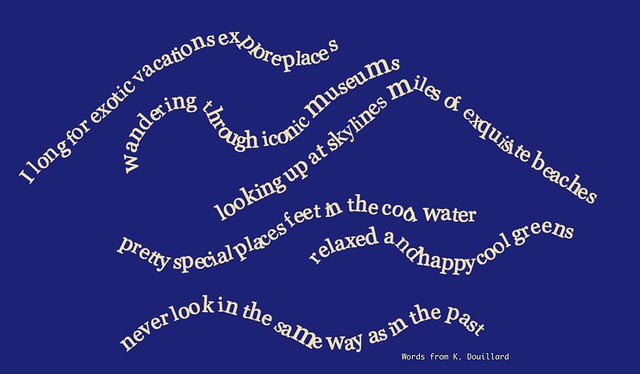 (Susan honored a call for photos about Staycations from Kim)

(This from Algot, capturing the spirit of Sheri)

(This from Sarah, taking a post of mine and spinning it wildly) 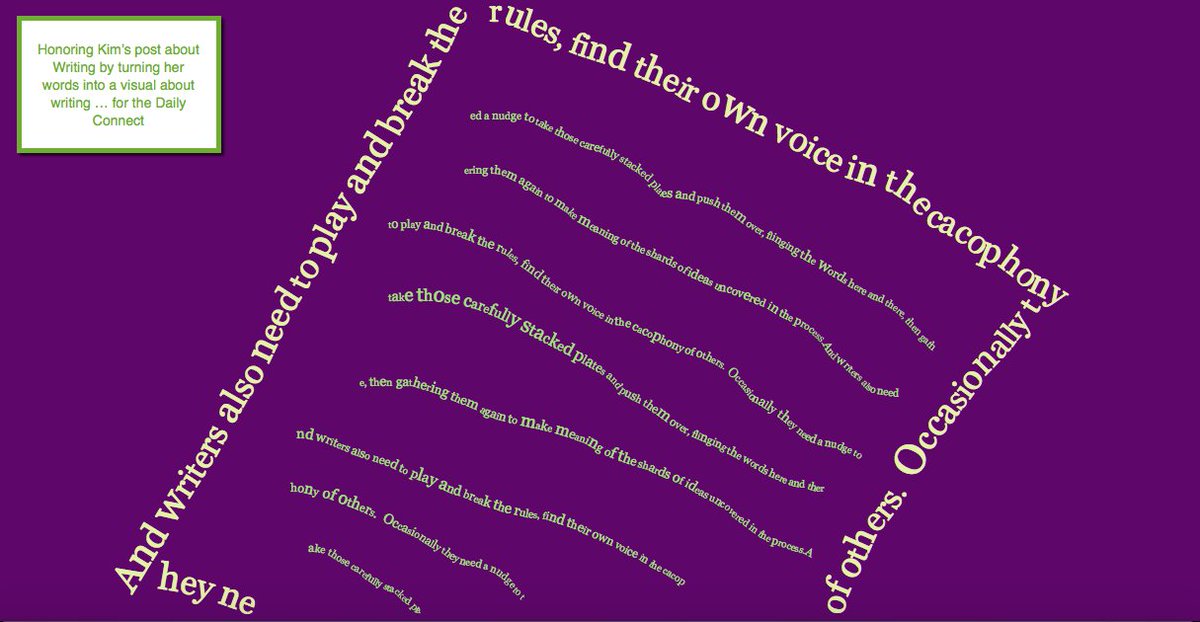 (Kim’s post about writing inspired this one by me)

(And Ron showed artistic flair with his words and image)

There are probably others ….

I love how a simple idea can spark an entire say of creating and sharing and making, using words and writing as the quill of our artwork. The Daily Connect offers up odd, surprising invitations to make art and connect with others. Come join us.