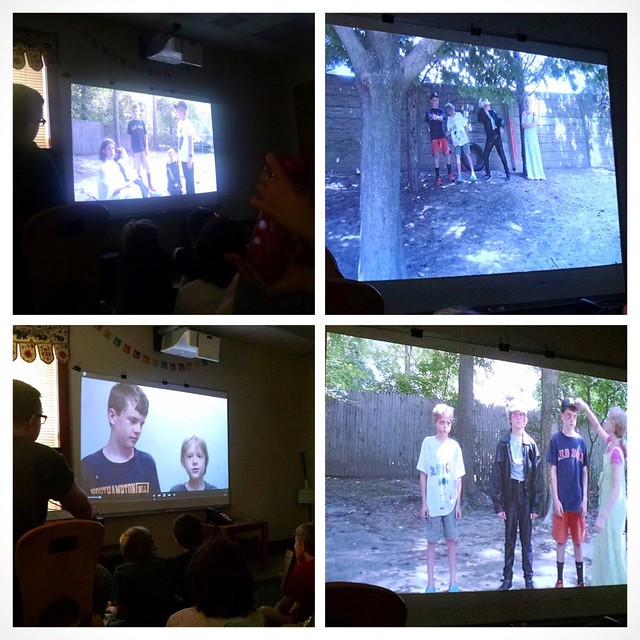 My youngest son attended a day camp all last week, writing and shooting and editing and producing short films over five days. on Friday, family members were invited in to watch the results, and the movies were not only entertaining, but pretty well done, given constraints (of locations and time and props). The camp, at a local Montessori School, borrowed high-quality video cameras from the local Cable Access Station (which will showcase the short films on its television channel and online sites). You can see the difference — the video is rich and professional grade quality.

The camp facilitators let the kids do all of the heavy lifting — writing the scripts, setting up the cameras, and editing with iMovie. My son has done most of these things before — he loves to make his own movies — but it was nice to have him in a group, working with other kids and being creative. I don’t think he wrote all that much, though, which is too bad.

There were three short narrative films (including one very intense one about a puppet and a cruel puppeteer that had the audience in silent wonder) and a few music videos, most using Green Screen effects. Later, the videos will be hosted online. I’ll share out when that happens, in case you are interested in what kids can do with cameras and iMovie and imagination.