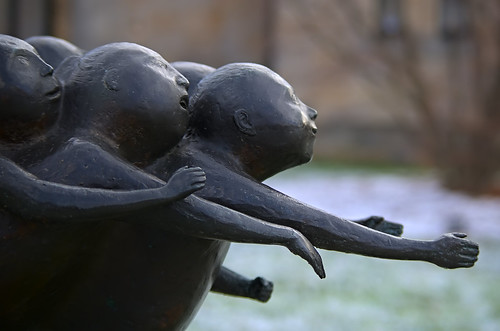 We’ve had an interesting and controversial issue going on in my small liberal city in Western Massachusetts, and at the heart of it is what we consider “public space.” I find it intriguing on a few levels, but mostly, it reminds me of our community discussion two years ago in CLMOOC about the notion of the Public Sphere in the Digital Age.

Some background: Our city has a Human Rights Commission, appointed by the mayor and approved by City Council. The mayor put forth a few new people for the commission, which sponsors education programs and outreach efforts and more. It also can field complaints about equity and other issues on behalf of the city.

Just as it seemed like it might be a buried news story, the local newspaper must have received a tip about one of the mayor’s nominees, and after looking through this person’s public Twitter feed, the newspaper shone a light on some controversial comments with a front page piece. The nominee’s defense sounded a lot like Trump Lite: You don’t get my humor. I was being sarcastic. I am being attacked by the liberal media.

The nominee was quoted as calling the article a hatchet job that cut them off at the knees, but I went through the Twitter feed in question and I think the newspaper was pretty fair in its assessment. This person wrote about national events in a harsh tone, calling, for example, for a mother to stop getting pregnant by medical means as a way to stop violence in an urban community and suggesting suicide to another person in the news spotlight.

Maybe it was sarcasm, but as we know, digital spaces don’t always translate well into nuanced cold reading. This person came across as .. rather cruel and taunting with their rhetoric. I’m not sure that would be true in life outside the screen. I don’t know them. I only know their words on my screen. I’m not all that impressed with that person.

The nominee withdrew their name from consideration after the article came out and the newspaper published a flood of letters this week, all condemning the former nominee for using Twitter in this way and then complaining about it when people (and reporters) actually read the tweets.

One letter writer noted that Twitter is a public space. You write it you own it, they keenly observed. One should expect to get read, they noted, and be held accountable, particularly if you intend to become a public official that deals with rights of all people.

Which brings us to the notion of online spaces as public spaces. We examined the nature of digital spaces, or the Commons, during CLMOOC 2015, and I dug up one of the posts that I wrote, because this event in my city resonated in my mind. The post has to do with the Digital Commons, and who owns what, and our responsibilities in those spaces.

The Internet as Public Space 1 (Where the Center Meets)

A question facing our city now is whether the public social media feeds of candidates to appointed boards and commissions should be part of the review process. Currently, it is not. The mayor was caught off-guard by the newspaper article. But I think it should be, right? If you write in the public, whether it is for a newspaper or Twitter or graffiti on the wall, then what you write is part of who you are in the public.

I haven’t checked the former-nominee’s Twitter in some days because it was turning nasty, with right-wing supporters saying the city was somehow suppressing the free exchange of ideas and targeting the newspaper for its reporting, saying it is run by “white men” of privilege, as if that had anything to do with the story. The nominee promised to write an “op ed” piece but then suggested the newspaper would never run it.

Actually, that “white men” knee-jerk comment was also made by the chair of the commission — someone I know from when she and I worked together as journalists for another newspaper, and where she left to start up a regional Hispanic newspaper to give voice to Latinos, and whom I respected. Now I am not so sure.

The Public surely gets messy as we try to figure out the nuances of the world.