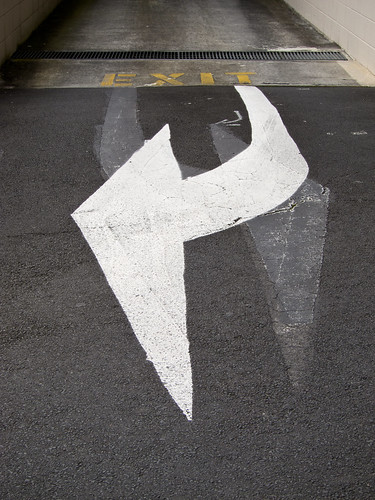 Earlier this year (which was actually last school year), I wrote about using Google Slides as a collaborative space for writing poetry with four full classes of students over the course of a day. It was a great idea that failed rather miserable and ended in chaos. You can read about it here.

You’d think I’d have learned my lesson, but no … Actually, I hoped I had learned my lesson. But I tried something similar again this past week with my new class of sixth graders, only to sort of fail … yet again. Sigh. 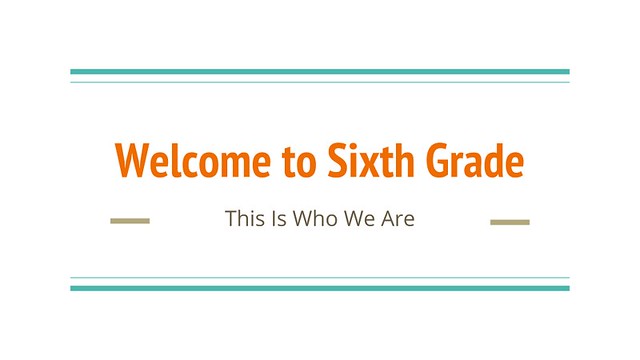 On the first day of school this week, before my sixth grade students had activated their school Google Apps for Education account, I set up a Google Slideshow, made it a public document for anyone to contribute without logging in, linked it off our class blog site, and assigned each student three slides (four, if you count their name slide). I did, in fact, remember what I learned from the past failure. I made sure that each student had a designated space inside the slideshow, with their names right on the slides. (Each student’s task was to create a slide of something they did in the summer, a six word memoir and their favorite “media”)

I walked my students through the process of how to use Google Slides (only one student in my class had ever created a slideshow, ever, which is interesting .. and the pattern for my other three classes as well, it turns out). I presented a mini-lesson on using Creative Commons for the search for images, and how to add the links to photos inside the slides as attribution points. I showed them my example as a mentor text. 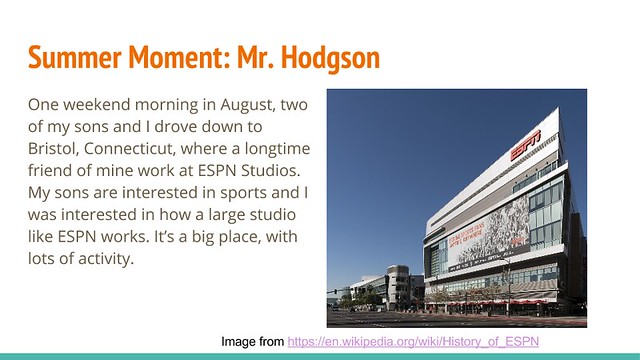 And then I set them loose for the next hour.

For about 30 minutes, it was beautiful. They were engaged, helping each other out, and I was wandering around, talking to them about their summer and their memoirs, and giving help with finding and using images. We talked about design elements of slides. They were having fun. 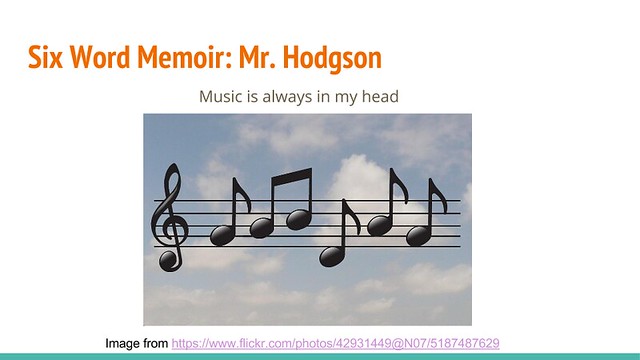 Then, someone tried to use spellcheck.

Now, let me say, I was quite happy they found spellcheck. It meant they were checking their writing. They noticed the red squiggles. They wanted to fix a mistake. But when they tried to spellcheck their own slide, the tool jumped them to other slides in the collaborative show, and either they began to hit “back” or “delete” or something to get back to their own slide, and suddenly, entire slides — not their own — were disappearing.

There was that murmuring energy that begins slow and then builds into crowd confusion. No teacher wants to sense that in the room, believe me.

Keep calm, I said to the class, as hands were now raising into the air. We’ll figure this out.

I helped a few with the “undo” button, but that only worked if I was with the student who did the accidental edit. If it was a student whose slide disappeared in front of them because of someone else’s actions, the undo button didn’t work.

Luckily, we were now near the end of our time, and so I announced, in my confident teacher voice, that we would be stopping for the day and I would try to go back in time with Google Slide history/revision, and find the missing pieces (I’m making it all out to be worse than it is, but I am still not sure how many slides got deleted). I expressed confidence in the auto-save.

Alas, because they were all anonymous guests, working at the same time, the revision history only went so deep, and I can’t traverse back to the time (even when going into advanced revision history) where the slides went kaput. What’s missing is still missing, and may remain missing. I’m still looking.

Here’s the thing. While I am disappointed again at how collaboration failed, I realize later I accomplished some of my goals for the lesson:

I am back to thinking about The Next Time I Do This and how to make this kind of collaboration work better for me, and for them. Yes, I am determined. Perhaps the solution is to have them create their own slides shows in their own accounts, and then port them into the collaborative show as a second step. That way, they always have their own versions.

They, of course, seem less concerned about it than I am. We’ve already moved on, activating their Google accounts and pushing forward.