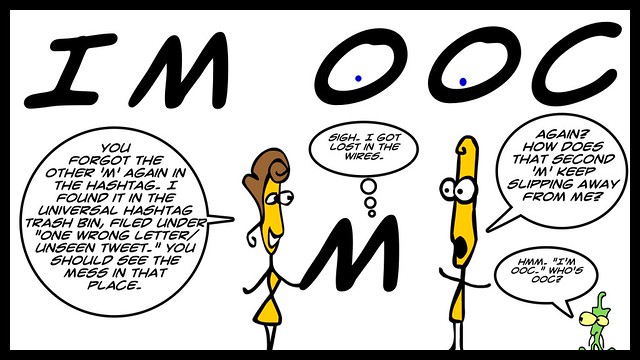 I’m taking part in the extended online discussions of The Innovator’s Mindset, which facilitators George Couros (who wrote the book) and Katie Martin are calling the IMOOC but I think of it as massive book talk across platforms. Which is perfectly fine with me, as long teaching practice and student learning remains at the center of discussions.

On Saturday, they held their first Google Hangout, but it was just George and Katie and the publisher of the book, Dave Burgess (also know in some circles for his own book, Teach Like a Pirate.) Since I missed the hangout, I popped the video into Vialogues (built for video commenting) in order to closely listen to the conversation and make comments. I invited others in the IMMOOC to join in … but only Terry Elliott jumped on board with me (for now.)

You are invited, too.

The hangout was OK. I got to hear and see George and Katie, which gives another depth to our social media interactions. I wasn’t all that keyed up about the start, which felt more like a marketing intro for the book publishing company of George’s book (I get it — Dave is an educator who built an independent publishing company for other ‘innovative’ educators — but when Dave is George’s publisher, it feels slightly off-putting to feature your publisher in a Google Hangout for what is billed as an open education environment about learning).

While Katie slipped into Jargon Talk for a bit (an affliction of many of us educators who find ourselves in similar circles), mostly Geroge and Katie had an interesting conversation as they tried to provide some context for what they mean by ‘innovation’ in education. I enjoyed the last part, where they answer questions from the community (but I also think, why didn’t they invite those people with questions into the Hangout directly and give them voice? Is there a chat room that I missed?)

What I am finding interesting, too, is that so many of the participants are principals and superintendents and curriculum coordinators … and many were outside of my comfortable circles. I am appreciating the invitation to dip into those conversations, which I find intriguing as a classroom teacher (there are others, of course, but mostly, the participants seem to be in positions of decision-making authority at their schools).

Thus, a conversation like this happens, as it did on Twitter last night (it went beyond this little bit, extending into a conversation about perceptions of innovative practice).

Peace (slipping in from the margin),