(This is a post for Slice of Life, a weekly writing share hosted by Two Writing Teachers. We look at the small moments. You write, too.)

I noticed something amiss the fourth or fifth time I looked at the wall clock. It was still 7:40 a.m. Or so said the clock. It wasn’t. It was 8:25 a.m. and students would be arriving soon.

The clock was dead and I was nearly out of time.

I scrambled to see if it was just my clock. It was. Time had stopped on me. I notified the custodians, who promised to replace it, and finished up my morning message for students. I was thankful for my Saxophone Clock at the back room (although it was interesting when some students who have been with me for two months now only noticed it now, when the school wall clock was busted. So much for being observant.)

Later, while my students were at Physical Education and I was working on plans for the day’s writing, the custodians did indeed come in. They took down the old clock and put up a new one, and then told me that it would take a day to settle into the automated system. 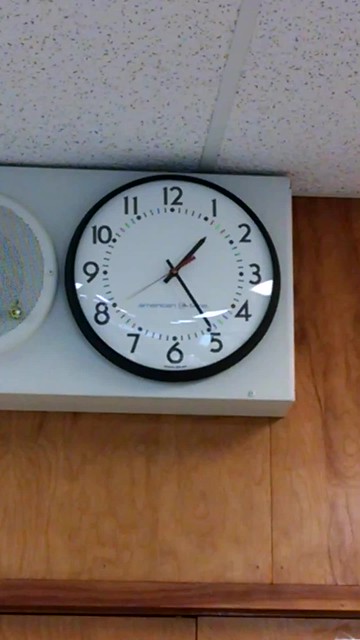 Ten minutes later (I think), I looked up and time, as they say, was flying. The seconds hand looked like it had a jolt of caffeine and the minutes hand was doing its steady dance around the hours. By 3:45 p.m., after school had ended, the clock read 5:20.

It was time for me to head home.