(This is a post for Slice of Life, a regular writing activity hosted by Two Writing Teachers. We are invited to notice the small moments. You write, too.) 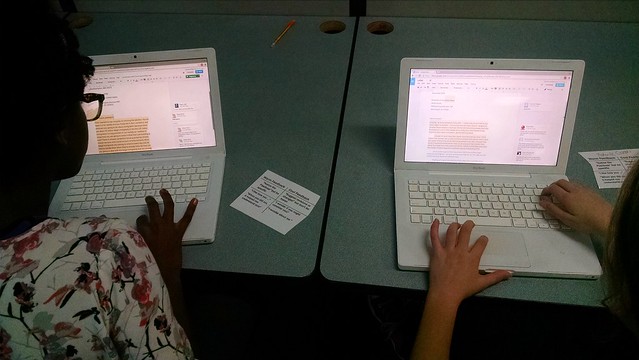 There’s always an edge of chaos when I introduce something new and technology-related to our writing process. We’ve been working for about two weeks on a small research/writing project in which my sixth graders are composing Letters to the Next President based on a topic of choice. I wrote about it yesterday.

Last Friday, I put students across my four classes into Virtual Writing Groups. They “invited” other students from their groups into their documents in comment mode. Then yesterday, after a mini-lesson on Warm and Cool Feedback and how to comment in Google Docs, they spent about 30 minutes reading other students’ letters, using the comment tool to offer support and suggestions for improvements. 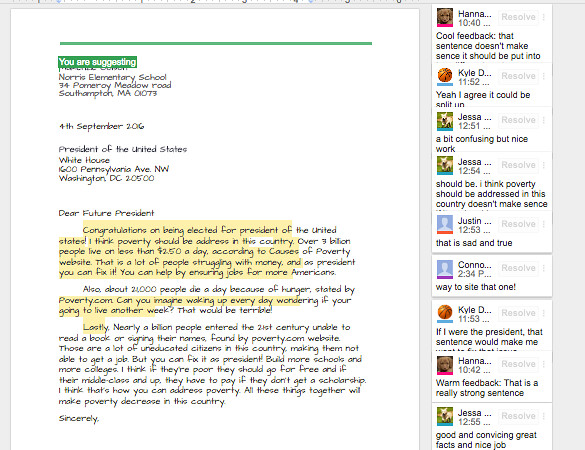 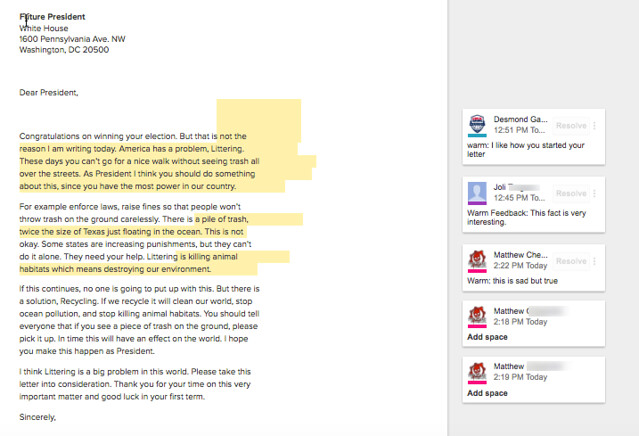 If you’ve ever been with young writers then they suddenly discover the power and potential of commenting into Google Docs, as well as its potential collaborative features, you know what the room suddenly becomes. A scream out loud, a laugh across the room, a shout to someone else, a burst of confusion. We had it all, in each of the sixth grade classes yesterday. 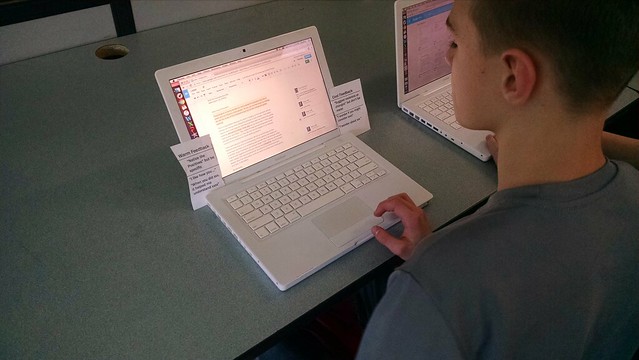 My role, as teacher, was to allow those moments to happen, put what they were finding out into context (“Now, imagine if we extended your Writing Group to students beyond our own sixth grade in our own school ….”) and then guide them forward to keep actively reading and offering suggestions for improvement.

I asked that they NOT yet read the comments on their own letters, as we will be doing that today in a lesson around accepting/rejecting feedback from others while acknowledging the authority of the “outside reader.” I wasn’t strict on that point, but most were fully engaged in reading what others had written and offering comments.

Next up? Final editing/revision of the Letters in today’s classes, printing them off and mailing them to the White House in the coming weeks. It’s a nice bit of symmetry that our letter project comes to an end on the day of the election.