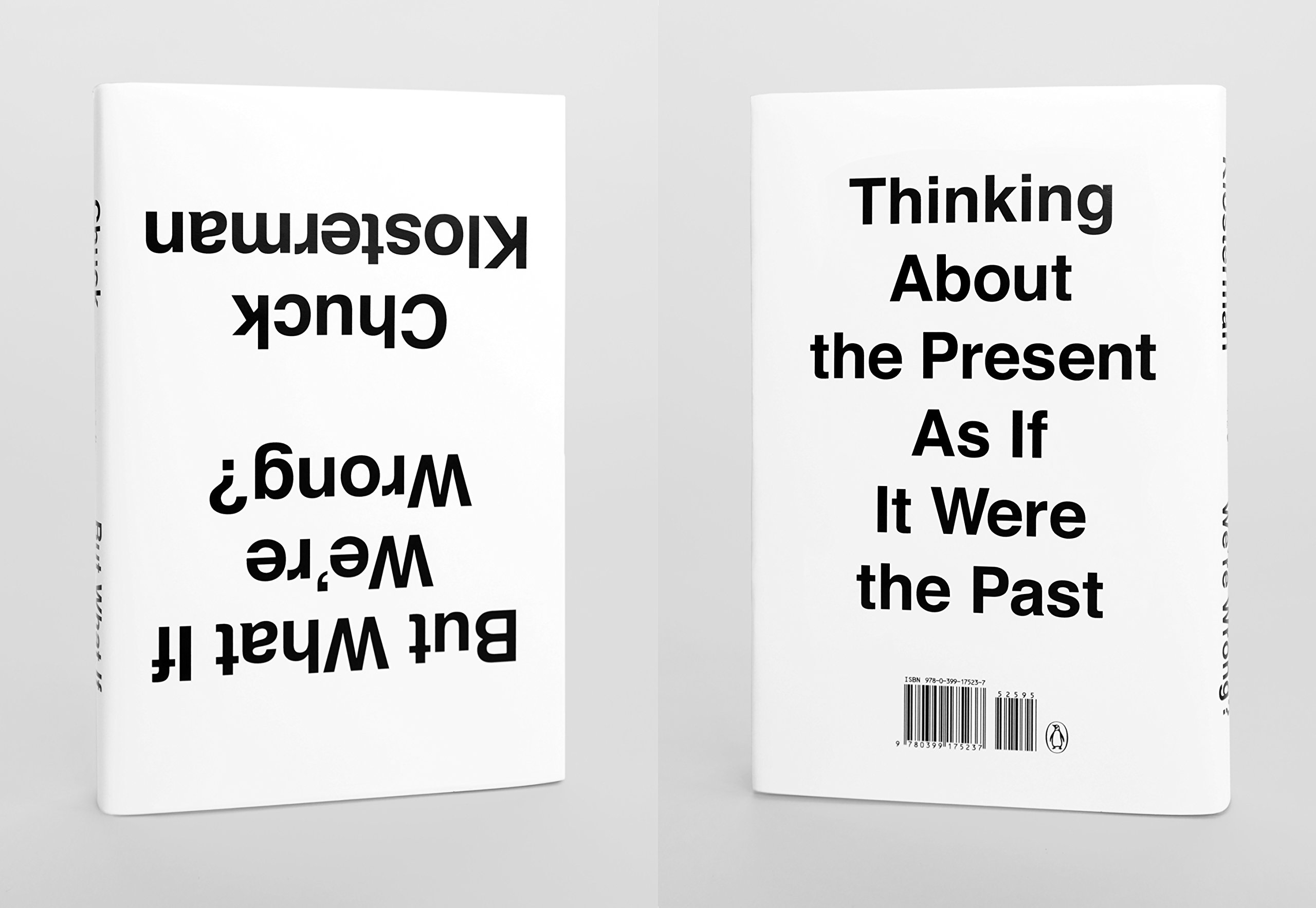 This latest book by the always-interesting Chuck Klosterman has the subtitle “Thinking About the Present As if It Were the Past,” and that just about sums up Klosterman’s expansive dive into his ongoing question of wonder: Will the things we think of as important in the present really live up to the scrutiny of the future?

Klosterman is all over the place in But What If We’re Wrong, and I like that. From looking at the prospects of pop music now and into the future (and wondering if the Butthole Surfers might resonate more than The Beatles but ultimately decides that Chuck Berry would likely be the icon of the rock and roll era), to which films and television shows might stand the test of time (not for their art but for the way they reflect, perhaps inaccurately, on the present time), to whether American football will survive (even as numbers of drop, but he suggests it will become a narrow sport field, like boxing, with perhaps even more violence in the future than the present to appease its dedicated hard-core fans).

What Klosterman is doing here, again and again, is calling into question what the “present” thinks of the “past” and the strange lens that comes to bear on events, centuries after the fact. It’s hard to know what will last when you are in the midst of it. This is what historians do, too. But Klosterman thinks they go about it all wrong, too, trying to make sense of a distant time by artifacts that probably don’t accurately reflect the actual time period, and so .. we probably get a lot it wrong.

Klosterman (who used to write The Ethicist column for the New York Times) writes with wit and humor, and admits often to the reader that he is stretching to the deep end of thinking. He even offers up an apology in the end credits for a hedgehog story. (Yep — you’ll have to read about it). He does what we want writers to do, by pushing the way we think about the world in new ways, and you could do worse that cozy up to Klosterman on a wintry day.

But, of course, I may be wrong about that. Just ask Chuck.

Peace (into tomorrow as well as today),
Kevin