There are Big Game Hunters and there are small game hunters. I will never be a Big Game Hunter, for all sorts of reasons (including my years as an infantry soldier in the National Guard, leaving me with no desire to shoot a rifle at anything moving, and the time as a 15-year-old that I shot a flying goose right out of the sky, and felt horrible about it, even as I found it, plucked it, cooked it and ate it, for I could not let it die for no reason).

No, I am not that kind of hunter. But I found myself in small game stalker mode this week … in my garage.

We had left the garage doors open on rather brisk New England wintry day, and a bird of some domestic breed (I really don’t know my birds all that well but it likely was some sort of sparrow) had either accidentally made its way in or perhaps was seeking a covered respite from the chill. In either case, it was there, and I didn’t want it there. 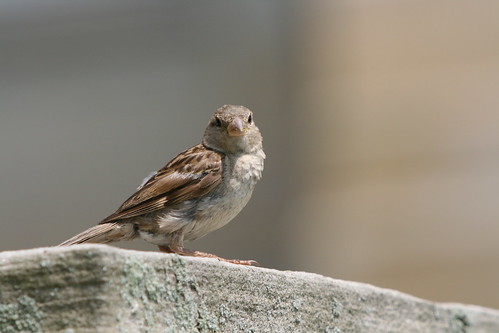 I was gentle in my stalking, doing a slow-motion waving with the broom, but the bird seemed determined to alight to places and fly in directions I didn’t want it to go. I felt sorry for the creature, but kept on following it, trying to shift it towards the open bay doors. It kept eyeing me warily, as it should, and then after a burst to the ceiling, it suddenly dropped to the ground. It must have run out of energy to fly, and I realized that its feet were seeking a grip on something, anything.

I grabbed a two-foot-long piece of wood post, used to stake tomatoes in warmer weather, and gently pushed it under the bird’s clawed feet. I didn’t expect much, but it worked. The bird gripped the pole and let me lift it up in the air. I was tempted to yell for someone to bring a camera, for it was a great shot — me, holding a stick about 2 feet long, and the bird balanced delicately on the other end, looking at me.

I walked slowly towards the garage opening, as if I had a light saber with a bird attached, and the bird seemed calm enough. I got us out into the open air, and felt the chill. It was below freezing out. The bird was reluctant to let go. I didn’t blame it, really, but with a quick lift of the stick, the bird took off, wings a-flutter, and then it was gone into darkness of the snowy night. 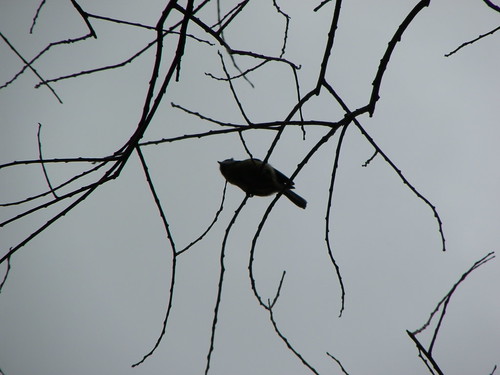 Peace (in the cold),
Kevin