There’s something powerful being in the midst of thousands of people, rallying for a cause. This weekend, my wife, older son (on his way back to college) and I joined in with about 6,000 other people on the public space of Boston’s Fanueil Hall, beneath the statue of Samuel Adams, as Sen. Elizabeth Warren fired up the public fight to try to save health care from the Republicans now in power in Washington DC. 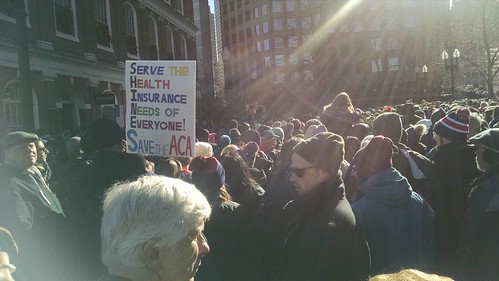 It was my son’s first political rally as an adult, I think, although his campus is surely a hotbed of political activity these days. He has always been more Libertarian/contrarian than Democrat, so I am not sure what he got out of it. But he was yelling and clapping, too. For me, listening to Warren, and other guests at the podium, had an energizing effect, and there is a feeling that this anger and distrust of the GOP is not an isolated activity.

“Repeal and Run is for Cowards.” — Elizabeth Warren, on the GOP’s move to repeal with no known plan to replace health care coverage for millions of people. 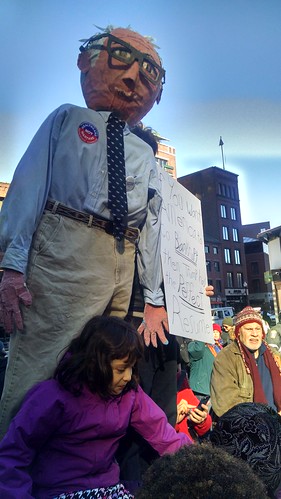 Whether it becomes a movement of resistance will be seen, I guess, but I was heartened by Warren’s rhetoric and I know, from watching her from afar as my senator, that she is and will be a thorn in the side of Trump. Just being a thorn is OK, for now, but I also hope that something constructive can emerge that brings us together, and not more deeply apart, as a country. 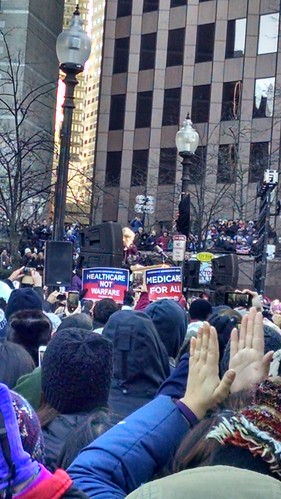