This is all rather early in my exploration of an interesting storytelling site called Stepworks (which Alan Levine tweeted out about and which I then followed and became intrigued). I spent some time diving into it yesterday (and got some help from the kind developer of the site via email), and during the day, I made a little something for the Networked Narratives course.

Go ahead .. read my story/poem about Networked Narratives.

Erik Loyer, the site developer, did put together a video tutorial that is worth watching and using as a learning tool. He walks the viewer through each step. I watched it carefully. It was very helpful.

But I figured I would learn and remember better if I made a tutorial of my own for others in NetNarr to follow, if they wanted. It might help anyone who wanted to make their own (and maybe, collaborate later on together? Anyone?). Diving into something new for storytelling … that’s NetNarr, right?

My own next step is to remix some of Erik’s scripts for sounds and see if I can’t add the audio element to my story/poem. Erik says a video is coming down the road about how to do that, but he suggested I look at some of existing files and see what I could do on my own. He’s got that NetNarr spirit!

Here, then, are the steps, which I followed after watching Erik (and emailing for some help): 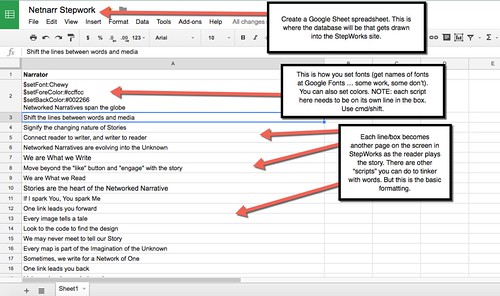 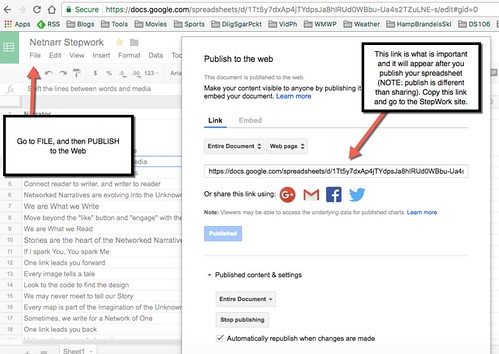 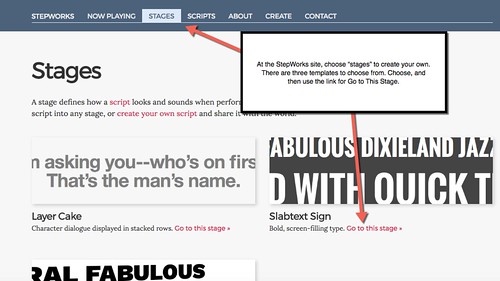 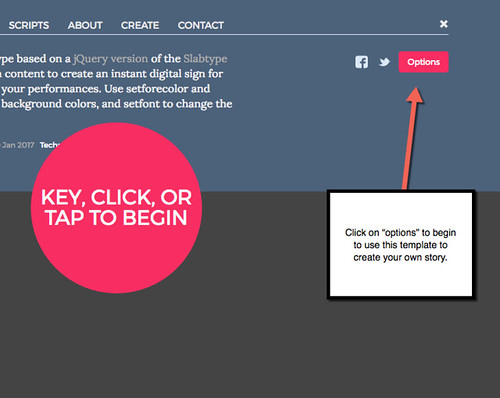 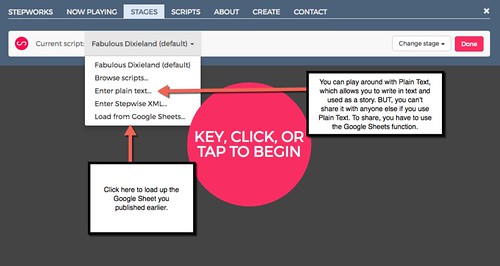 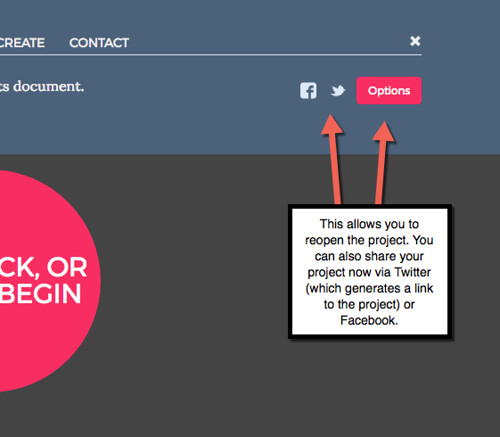 Peace (in steps of the story),
Kevin