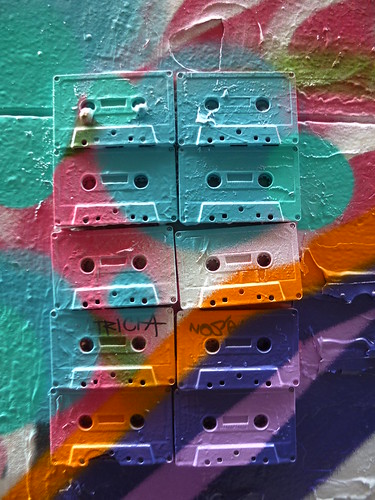 Last week’s (or was it two week’s ago?) theme in the Networked Narratives was “writing with sound,” and participants were asked to record “found sounds” and then upload them for sharing, ideally at the Young Writers Project site. I had uploaded sounds of my guitar and guitar pick, my dog’s tail wagging and pouring coffee. The second task was to try to use other’s sound to create something new.

I used shared sounds from four different NetNarr folks: Geoff (voice, as he was tapping trees for sap), Rissa (walking), Masooch (tea and waffles) and Stryii (train station). Thank you, all.  The piano part I added myself, just to give a little something melodic under it all.

I mixed it all in Soundtrap, an online music recording platform.