Duke heard it before I did. He stopped, frozen in motion. One paw was literally off the ground, and his head turned, sharp. The bristles on his back went up.

So I stopped, too, even though our early morning walk is often something I just want to get done with during the winter months. But he would not budge.

And then I heard it, too.

The high-pitched yelps of a single coyote off in the distance, followed by the cacophonous chorus of other coyotes joining in. Then, silence, before the single coyote began calling out again.

Duke was freaked out.

We’ve heard the coyotes before, in our early morning walks, and I knew they were outside the suburban neighborhood where we live. Likely, they were down by the river, where the woods brush up against people. The coyotes have been back for years now, as the regular signs on telephone poles asking if we’ve seen missing cats can testify. When people and nature butt heads, it is often the domesticated pets that pay the price. 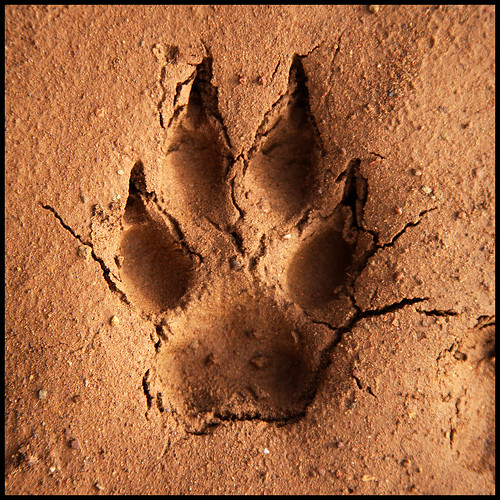 “Come on. It’s OK. Let’s keep moving,” I whispered to Duke, and gently pulled on his leash. He turned, on my command and coaxing, rather reluctantly, and then kept on walking, a bit closer to by my side than usual. His head kept swiveling now and then, listening and wondering, and worrying.

But the morning had turned silent.