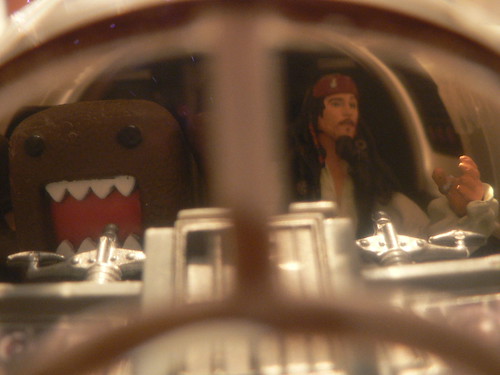 We’re into state test prep season (our ELA test is a few weeks away) and our state of Massachusetts is in the midst of some pretty significant changes to what we call MCAS. The state claims to have moved away from PARCC, but that’s not really the case with its MCAS 2.o or MCAS Next Generation.

Everything MCAS is moving to computer-based testing over the next two years, which is already posing a logistical challenge at my school, and the kinds of texts and questions and tasks being asked of my sixth graders are also changing, becoming more complex on many levels (reading across multiple texts and genres, paired multiple choice questions, etc.)

As I work with my young writers on learning how to approach what is known as the Narrative Task, I find myself amused at how the whole concept seems like a riff out of the Fan Fiction textbook. This is something we were exploring in Networked Narratives, too.

The MCAS Narrative Task is built on the concept of reading a story, or a passage from a novel or larger piece of text, and then writing the “next section” of the story, with consideration of some concept — mostly, we’ve been seeing a focus on character and setting in sixth grade but fifth grade has been about shifting point of view.

So, for example, in a sample we did last week, my students read about a girl and a nanny, in a rainstorm, rushing to meet an unknown aunt. Their assignment was to continue the story, with the characters and setting, and determine what happens next. And yesterday, I had them plucking minor characters from novels we are reading, or have read, and write a new story.

In other words, just like fan fiction, you take characters that exist in literature and bring them into an imaginary space (or world) that you create, with a story that you write, and you bring them to life in ways that you choose. That’s fan fiction, in a sort of nutshell, right? For example, let’s pluck Hermoine and Malfoy from Harry Potter series and send them off on an adventure. Or what would happen if Katniss Everdeen bumped into Luke Skywalker? (At least, they’re not siblings. Or are they?)

We’ve been talking about Fan Fiction in Networked Narratives, as a way that writers find spaces to write, outside of school confines, with interests that bring them into a larger, but slightly hidden, online community. Fan Fiction has many elements of what we term Connected Learning.

Now, granted, some fan fiction gets a little … adult, in content. I don’t think the state folks want to see any slash fiction (note: not necessarily violent and not about the GnR guitar player, but a genre in which two characters from different books meet, and likely hook up) in my students’ writing samples. But this notion of taking a character for a walk into your own story has its roots in fan fiction.

Which makes it odd, and interesting, that the idea behind fan fiction would be the underpinning of the Narrative Task on a state test.