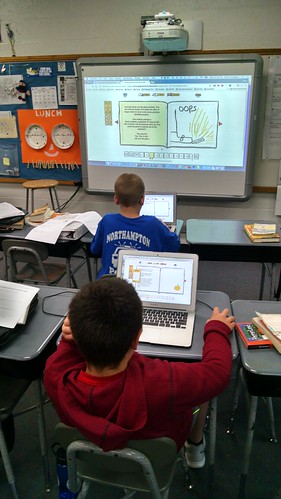 We’re in our second year of a partnership of sorts with Boston-based Fablevision, a media and publishing company run by author/illustrator Peter Reynolds (of The Dot fame) and his twin brother, Paul Reynolds. Last year, we beta-tested their publishing site that allows you to make picture books, with a Reynolds-artistic-feel, in an online space that connects to a publishing space. You create in digital; and end in bound books. This year, we are beta-testing a second version of what is now called Get Published (which is a whole lot better and a whole lot less buggier than the first version.) 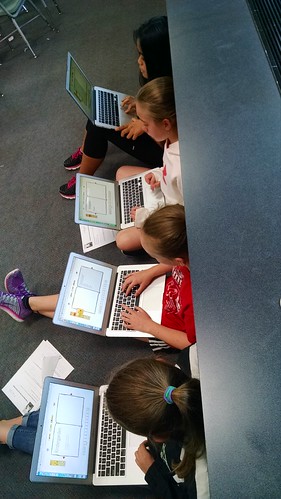 And today, Paul Reynolds and some folks from Fablevision are coming to our school to talk with our sixth graders and perhaps get a look at what they have been up to with their original picture books (the theme: looking back at their elementary school years, with a touch of satire and humor). Peter is on tour with his new book, called Happy Dreamer. We had talked about asking him to Skype in to join Paul but I am not sure if that is going to work.

Paul, along with writing and illustrating with Peter (see Going Places, with its cool Maker Space theme), runs Fablevision, which does a lot of interesting work around digital media and educational software, as well as publishing. The Reynolds also own their own bookstore in Eastern Massachusetts called The Blue Bunny. 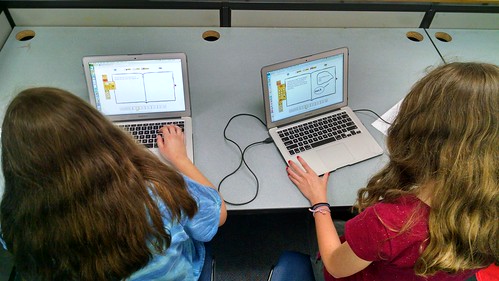 For our project, the parent group for our sixth graders have offered to pick up the cost of publishing the books, which we hope to have in their hands before our last day of school. We also will have our sixth graders read and share their books with second graders, for an authentic audience experience.